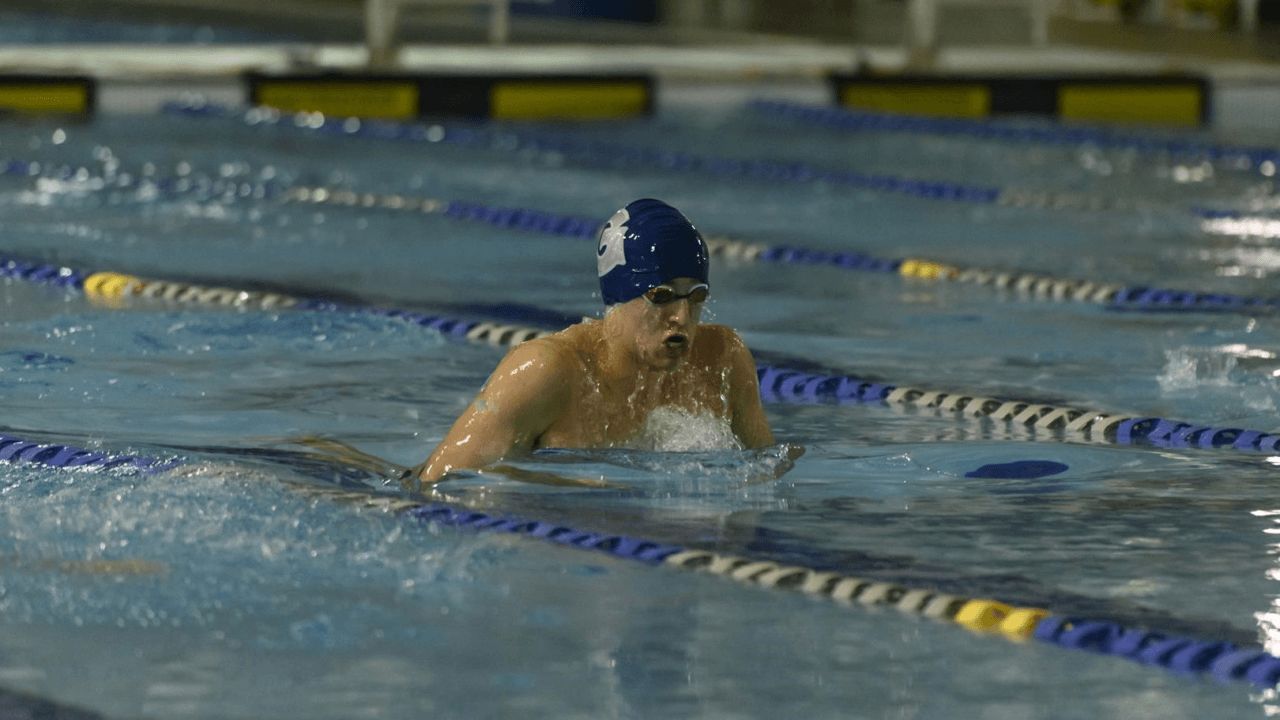 The Georgetown men came away with a convincing 178-120 victory over the Wildcats, while Villanova women won the dual 196-103. Current photo via Georgetown Athletics

WASHINGTON – The Georgetown University swimming & diving team split a dual meet against BIG EAST rival Villanova on Saturday afternoon at Albert G. McCarthy Pool. The GU men came away with a convincing 178-120 victory over the Wildcats, while the women’s squad fell 196-103.

Carbone, Michael Wheeler (Lafayette, Calif. / Campolindo) and Justin Summers (Weston, Conn. / Weston) each came away with a pair of individual victories. Carbone swept the 100- and 200-yard backstroke races for the third-consecutive meet. Wheeler took first in both distance events, winning the 1,000- and 500-yard freestyles, while Summers touched the wall first in both the 100- and 200-yard butterflies. Brett Sherman (Carmel, Ind. / Carmel) also came away with a win in the 400-yard IM.

On the women’s side, Alexandra Rieker (Winston-Salem, N.C. / Ronald Reagan) came away with Georgetown’s only individual swimming victory as she touched first in the 200-yard breaststroke. Christina Barrett (Chatham, N.J. / Chatham) took second in both distance freestyle events, while the Hoyas claimed second- and third-place finishes in three different events.

Georgetown will be back in the pool the weekend of Nov. 16-18 for the Bucknell Invite in Lewisburg, Pennsylvania. Preliminary heats will get underway at 10 a.m. each day, while the finals will start at 6 p.m.

WASHINGTON, D.C. – The men’s and women’s swimming and diving teams took their first road trip of the season to Washington, D.C. where they faced Georgetown on Saturday, Nov. 3. For the second meet of the season the women walked away with a victory, defeating the Hoyas, 196-103 and the men came up short, 178-120.

On the men’s side there were two first place finishes, both by Stephen Krecsmar. He swam to a first-place finish in the 200-yard free with a time of 1:42.48. His second top spot finish was in the 50-yard free where he clocked in at 21.51.

Justin Cucchi was also a strong competitor for the Wildcats earning three second place finishes. In the 200-yard freestyle he came in at a time of 1:42.54, in the 200-yard backstroke he recorded a time of 1:50.37 and lastly in the 400-yard individual medley he clocked a final time of 4:13.01.

Men’s diving also had great effort on the day, placing first, second and third in the 3-meter dive and first and second in the 1-meter.

Villanova returns to action Friday, Nov. 9 when they host UPenn in the Villanova Swimming Complex for a 5 p.m. meet.