Gastaldello, King, and Murphy are in Half-Point Battle for 2nd in MVP Standings 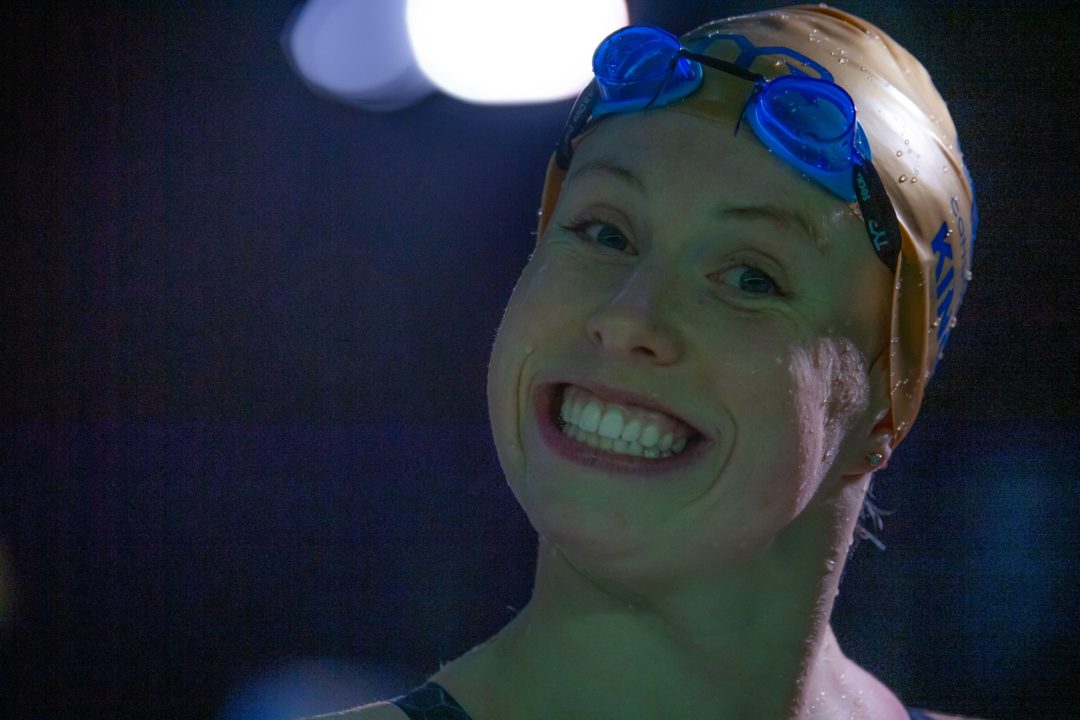 Lilly King is the only of the trio with a 'skins' opportunity, but Beryl Gastaldello has a shot at the $80,000 prize for 2nd place. Archive photo via Mike Lewis/ISL

Thanks to SwimSwam’s chief statistician Barry Revzin for compiling this data.

The Cali Condors are in control heading into day 2 of the 2020 International Swimming League Grand Final in Budapest, Hungary, and their star swimmer Caeleb Dressel is in command in the race for MVP.

After finishing 2nd in the MVP race in the 2019 ISL season, even after missing the Condors’ opening meet of the season. This year, with a full schedule under his belt, Dressel is in runaway territory for the league MVP award and, barring something tragic, will be the season MVP and earn the $100,000 bonus that goes with that honor.

MVP Scoring Through Day 1 of the ISL Grand Finale:

Reminder: Sjostrom missed a regular season match with a back injury.

With breaststroke being the choice for both ‘skins’ races, King looks like she’s got the upper hand here. The winner of 4 ‘skins’ events this season already, she’s favored in Sunday’s finale, even if she hasn’t been as invincible lately as usual.

She also has the 100 breaststroke remaining, which, based on relay splits, she’ll be favored in – with the number of Jackpots remaining a variable there.

Murphy will probably have 2 races on his schedule, the 100 back, where he’s probably the favorite after winning the 50 and not winning the 200; and the mixed medley relay, where he’ll probably be used with no ‘skins’ race to save his energy for.

On Saturday, she had mixed results, winning the 100 fly opener in an upset over Sarah Sjostrom, but then finishing just 6th in the 50 free and 4th in the 50 back.

If King repeats her day 2 performance from the semi-finals, winning the 100 breaststroke for 10 points and scoring 38 points in the ‘skins’ race (which are halved for MVP purposes), that comes out to 29 points on her total.

That’s not insurmountable. If Murphy scores 10 points by winning the 100 back, like he did in the semifinals, and the LA Current win the mixed 400 free relay, though they’re not favored, he would pick up 14.5 points. Even with a few more Jackpot points in those wins, that’s probably not doable.

Compared to King’s 29 day 2 projected points, that’s still not quite enough, even with Gastaldello’s half-point lead coming in.

But, it’s within reach. If King loses one of those projected Jackpots, or Gastaldello picks up another from the conservative projection, then Gastaldello could beat out King for #2.

That’s my girl.
She is do dominant in her swims.
All swims she’s working.
It’s Ray looze swim formula.

“the 100 back, where he’s probably the favorite”. The disrespect on Kolesnikov is unreal. Man swims a World Record and is concidered the underdog, wtf lol

I’m in Ohio come on over lolol

Again his training out train / out performs everyone in the pool.
Except Vlad.
Trojan training Salo.
Salo Ray looze.
Greg Troy David Marsh.
Has been the key coaches.
The american coaches out coached the world.

Except for the other world records that were broken by other nationalities.

It should be between King and Gastaldello. With breast skins King has an advantage.
Murphy won’t jackpot too much (if any) in this strong backstroke field, even if he wins it. And there’s quite a probability that he won’t win.

How is Murphy the favorite in the 100back

No doubt, this will be a tough race, but unlike yesterday where Murphy had the 200 and 50 b4 the relay, we’ll see if that makes a difference. Energy could have chose 50 back skins with all of their back options and they shied away. ??

I think Murphy has a chance too, but it’s not like Kolesnikov’s schedule was very easy yesterday. He has a 200 back and a free relay, where he splitted 45.25, before the medley relay.