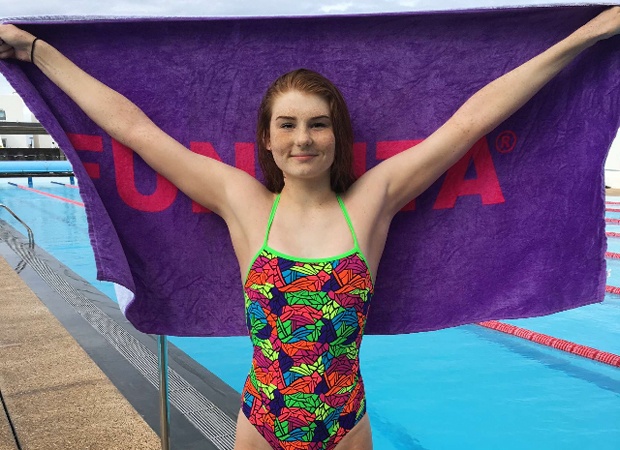 Great Britain's Freya Anderson has snapped a European junior record in the 100 free, going 53.61 in the 2018 Euros final. Stock photo via Funkita

Great Britain’s Freya Anderson has snapped a European junior record in the 100 free, going 53.61 in the 2018 Euros final.

European junior records have only been established since 2016, so they aren’t technically by default the fastest junior time in European history. The records are for female swimmers between 14 and 17 as of December 31 of the year of competition. Anderson just turned 17 in March, so she’s good to continue lowering this record through the end of the calendar year.

She’s now taken that record within a second of the official world junior record, a 52.70 set by Penny Oleksiak at the 2016 Olympic Games.

Anderson was the youngest member of the Euros final by about two years, and the medalists were between six and thirteen years older than her: champion Sarah Sjostrom is about to turn 25, silver medalist Femke Heemskerk is nearly 31 and bronze medalist Charlotte Bonnet 23.