Freshmen Reign For Cal In Sweep of San Jose State 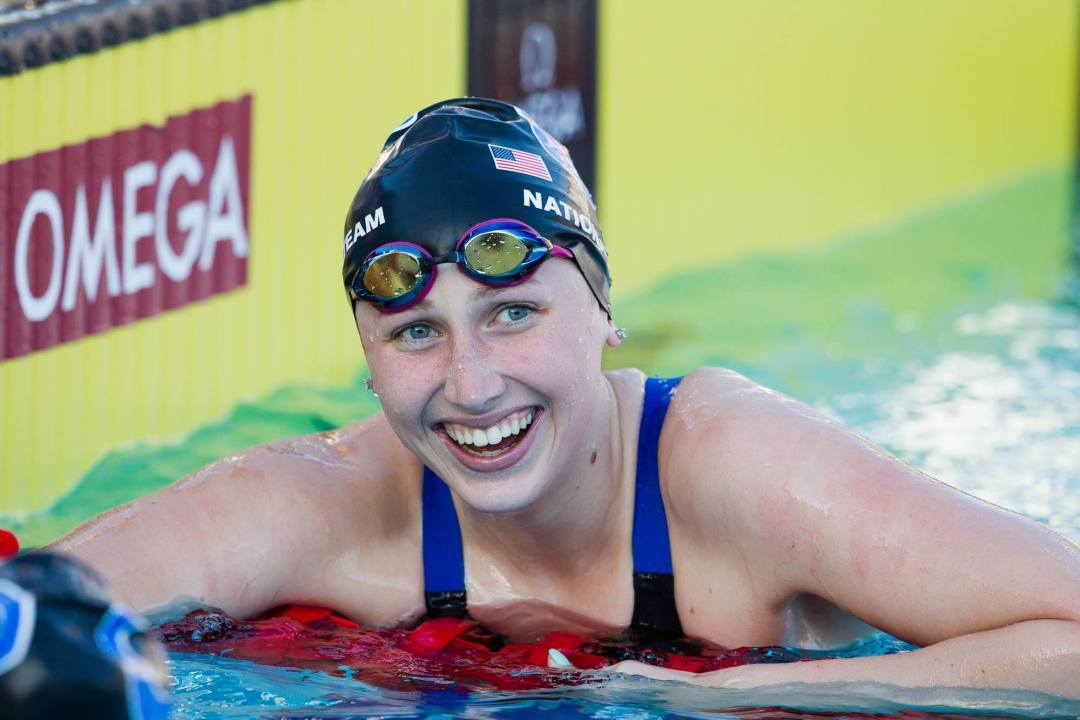 Freshmen won 5 events as Cal swept all 16 races on the day. That included a run of three straight wins by rookies to open the meet.

Katie McLaughlin was the first to strike, taking the 1000 free in 10:02.26 ahead of San Jose State’s Riley Spitser (10:14.94). McLaughlin is known mostly as a flyer, but may be the team’s fill-in distance swimmer in dual meets with NCAA champ Cierra Runge taking the year to train for the Olympics, then transferring out to Wisconsin.

Kathleen Baker completed the freshman triple, going 53.92 to dominate the 100 back.

Senior Kelly Naze also won a pair of events for the Bears. She took the 200 fly early in 1:58.64, then returned to win the 200 back in 2:00.70. Second in that backstroke race was San Jose sophomore Colleen Humel, who had a strong showing with runner-up finishes here and in the 100 back.

Cal continues to look for a steady breaststroking presence this season, but they did win both breaststroke races against SJSU. Sophomore Maija Roses won the 200 in 2:20.49, and junior Marina Garcia took the 100 in 1:03.24. Having Roses or Garcia step up would be the best-case scenario for Cal, which otherwise may need to use a versatile youngster like Baker for the role.

That capped a 185-97 victory for California.