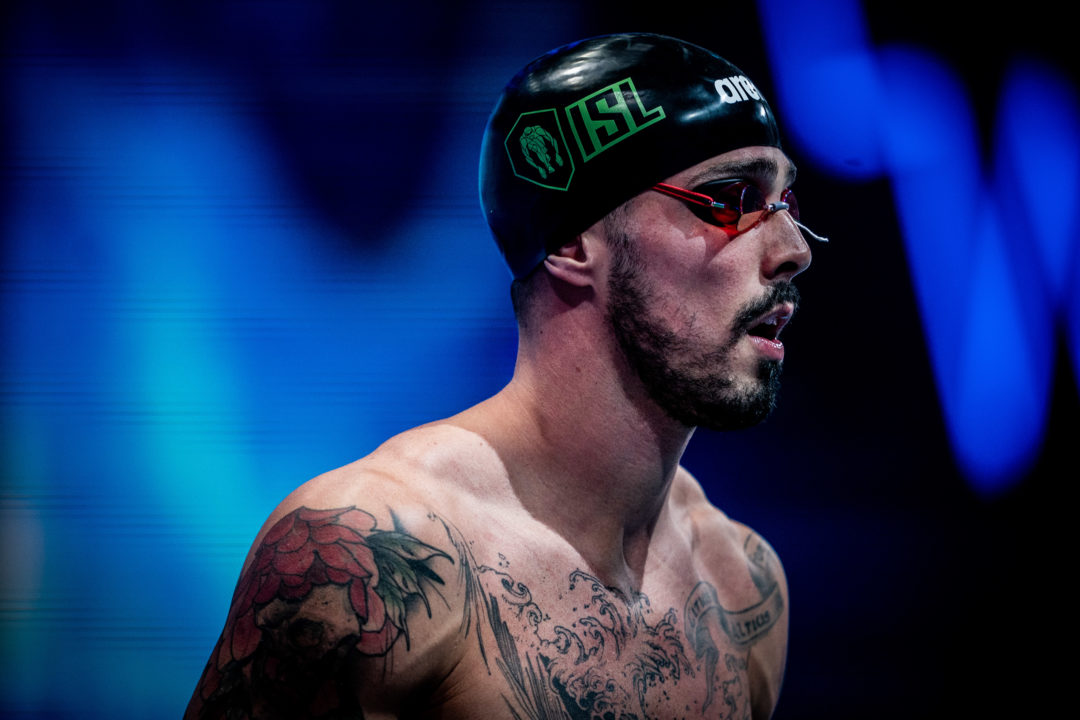 Follow along as Bruno Fratus and Marco Antonio Ferreira Junior go head to head in the sprint freestyles at the 2020 Brazil Trophy.

The 2020 Brazil Trophy gets underway on Wednesday, December 9th, and will run until Saturday the 12th. Brazil’s original selection criteria for the 2020 Olympic Games stipulated that the Brazil Trophy which was set to be held in April 2020 would serve at the qualifying meet for the Tokyo Games. In an amended decision following the postponement of the Games to summer 2021, The Brazilian Aquatic Sports Federation (CBDA) announced that the re-scheduled Brazil Trophy will instead be the qualifying event for the 2021 South American Championships that will take place in the new year. That meet will now be used as Brazil’s official qualifier.

That means that even though the 2020 Brazil Trophy is no longer an Olympic qualifier, it is still a significant meet for those who wish to attend the 2021 South American Championships and subsequently qualify for the Olympic Games.

The 4-day meet will play host to the majority of the nations leading swimmers including nearly its entire roster from the 2016 Olympics Games and the 2019 World Swimming Championships.

Notably absent from the heat sheets are 4 of the 5 swimmers to medal in pool swimming for Brazil at the 2019 World Swimming Championships. Felipe Lima (50 breast silver), Etiene Medeiros (50 back silver), Nicholas Santos (50 fly bronze), and Joāo Gomes Júnior (50 breast bronze) will not race at the meet. All four of them earned their 2019 Worlds medal in a stroke 50, none of which are being raced at the Brazil Trophy as they are not events the Olympic Games.

The one Brazillian medalist from the 2019 World Championships who will be present at the Trophy is Bruno Fratus. Fratus won a silver medal in the 50 freestyle last year in Gwangju and he will race that event this week. He enters the Trophy with the top seed in the field and the only time sub-22. His 21.42 is nearly a second faster than second seed Marco Antonio Ferreira Junior who enters with a 22.31. Ferreira, however, out-ranks Fratus in the 100 freestyle wherein Ferreira is the top seed with a 48.48 and Fratus follows closely with a 48.95.

With Etiene Medeiros out for this meet, only one of Brazil’s two female swimming representatives at the 2019 World Aquatics Championships will race this week. Distance swimmer Viviane Jungblut will race the 800 and 1500 freestyles, entered as the top seed, and will also swim the 400 freestyle as 4th seed. Jungblut swam the 800 and 1500 at 2019 Worlds, placing 19th in the former with an 8:42.52 and 20th in the latter with a 16:39.25.

Argentina’s Julia Sebastián will also race at the 2020 Brazil Trophy and is entered in the 100 and 200 breaststroke, along with the 200 IM. Sebastián is the top seed in both of her breast entries with her 1:06.98 and 2:24.92 Argentine national records. Among Brazil’s women, the breaststroke field will be important to watch as the country hasn’t sent a woman to the Olympics in that stroke since 2008.

Along with individual results, the team race will be an exciting aspect of this meet to watch. Last year, the Pinheiros contingent made up led by Marcelo Chierighini, Pedro Spajari, Luiz Altamir Melo, Guilherme Guido, and Breno Correia pulled off a win for the Pinheiros team, amassing a total of 2,789 points over the course of the meet. This year, the team is facing a significant number of top-level absences compared to last year’s roster such as Chierighini, Guido, and Correia.

Argentine distance swimmer Delfina Pignatiello helped Pinheiros to victory last year but this year is entered as a member of team Argentina. That’s another significant loss for Pinheiros as she enters as the top seed in the 200 fly and 400 free, 800 free, and 1500 free.

Those absences from Pinheiros will serve to help last year’s second-place finishers, Minas Tennis, vie for the 2020 title. Last year, Minas ranked second to Pinheiros by 224 points, scoring a total of 2,565. Minas will return a solid line up of Brazilian national teamers Bruno Fratus, Fernando Scheffer, Guilherme Costa, Vini Lanza, among others. Unlike fellow Argentine Pignatiello, Julia Sebastian has opted to race for Minas Tennis this year and will likely provide a helpful number of points to the team.

As the meet gets underway tomorrow, follow along with SwimSwam’s daily recaps.