Fraser-Holmes Latest Aussie To Opt Out Of World Championships 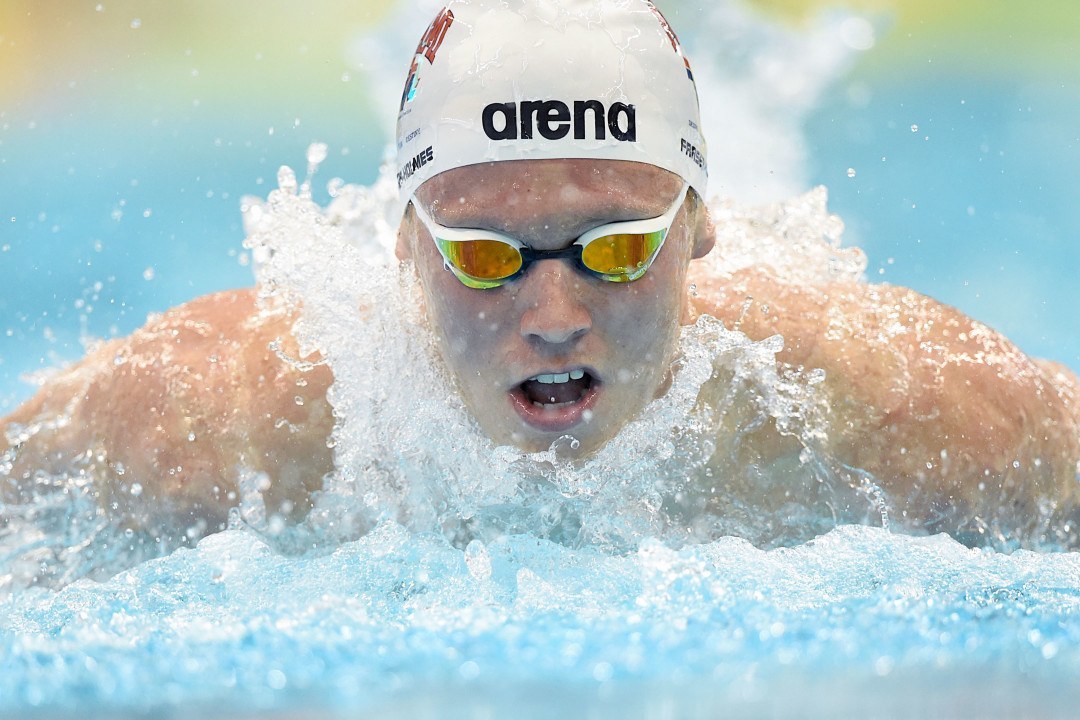 Two-time Australian Olympian Thomas Fraser-Holmes is joining the likes of Cate Campbell and James Magnussen in not competing at Aussie Nationals and, therefore, not in Budapest. Archive photo via Courtesy of Swimming Australia

In addition to having recently changed up his home training base, two-time Australian Olympian Thomas Fraser-Holmes is taking his new quadrennial’s overall plan in yet another new direction.

We reported last fall that Fraser-Holmes was saying goodbye to Denis Cotterell, the legendary Aussie coach under whom he trained at Miami Swimming Club for the past 6 years. Fraser-Holmes made the decision to join Richard Scarce’s squad at Bond, joining the likes of freestyle ace Cameron McEvoy. Now Fraser-Holmes has made it known he will not be competing at this year’s Australian National Championships in April, the meet which serves as the qualifying competition for the 2017 World Championships in Budapest.

Speaking to The Gold Coast Bulletin, Fraser-Holmes insists he is not taking a break from training. But, the 25-year-old is rather pursuing a new way to set himself up to be in his prime come the 2018 Commonwealth Games, a path fellow Aussie and two-time World Champion James Magnussen has also made clear he’d be following.

Says Fraser-Holmes, “Going into my third Olympic cycle I wanted to just start 2017 and the first year of the quadrant trying something a little bit different.  I’m not stepping away from the sport at all, it’s just stepping aside from the national team and having a different set of goals for the next four or five months to ensure the longevity of my career and ensuring that I’m in the best shape that I can be at the Comm Games next year and going into Tokyo.

“Obviously everyone wants to be the best in the world and world champion and Olympic champion but sometimes you just have to take a step aside and evaluate what you’re doing and make changes,’’ Fraser-Holmes said.

“I’ve been doing the same thing for eight or nine years now where I’ve prepared for trials and then gone away to a major meet and to get to Tokyo, I feel like I need a bit of a change-up this year and just take a different approach.”

He summarizes that, “Anything good, or anything worthwhile takes time and that’s what I’m prepared to do with this shift in focus is to try different things and really move forward.’’

Last year Fraser-Holmes had a successful Australian Olympic Trials, making the squad in three individual events including the men’s 200m freestyle, 200m IM and 400m IM. Fraser-Holmes came home from Rio hardware-less, however, as he finished just .01 of a second outside of the men’s 200m freestyle final, while also settling for 6th in the 400m IM. He gave up his spot in the shorter IM distance.

The Gold Coast Bulletin also reports that Fraser-Holmes intends to drop at least the 400m IM event to focus instead on freestyle heading into his new training cycle.

Fraser-Holmes is just the latest among the list of notable Aussie athletes who have taken themselves out of contention for their nation’s World Championships roster. Cate Campbell and James Magnussen are both opting, as are Madeline Groves and Tamsin Cook.

Tom lets see you win the open belt and open surf race double at Aussies surf titles instead.
Hasnt been done a while.
Enjoy your break from competition and keep training hard.

Oh, come on, I have already booked my holiday this summer to see the WC in Budapest.
Let’s stop with this scratch.