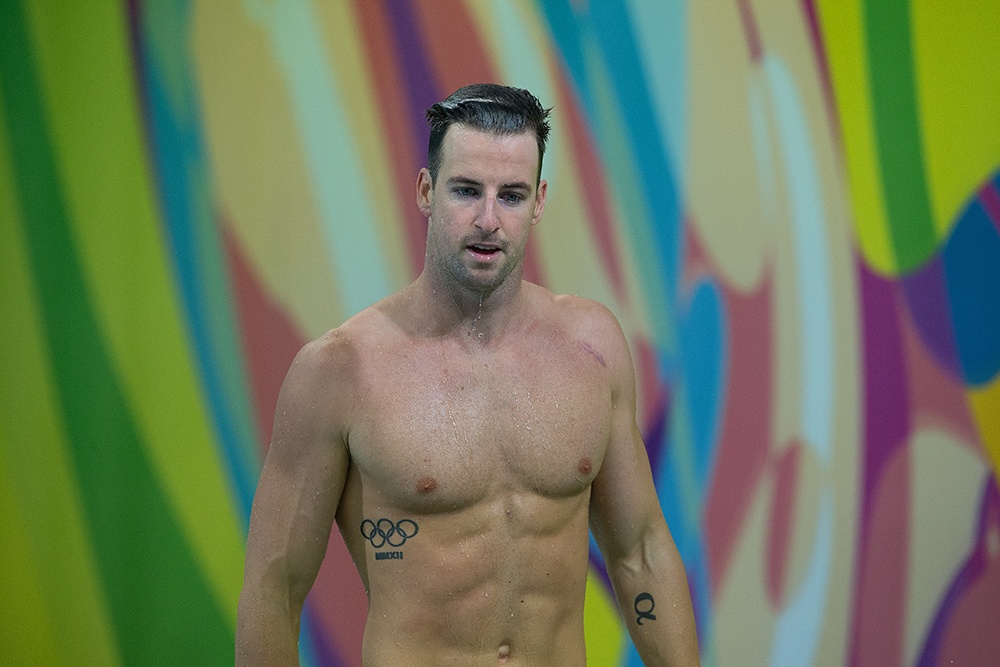 As reported last month, 25-year-old Australian sprint star James Magnussen is back in the water, with the 2012 Olympic silver medalist having been back in full training with Mitch and Lach Falvey for approximately 3 weeks. Said to be ‘training very well’, Magnussen’s return to racing is tentatively set for the New South Wales State Championships, slated for early March.

As such, the Ravenswood Club swimmer will be going all-in for the 2018 Commonwealth Games on home soil, and his feels good about that. He recently explained to Australian press that he feels better than he has since his surgery and is taking things full steam ahead for the Gold Coast Games.

“I sort of got back in the water after New Years and felt like I hadn’t felt in three years, without having done any training, so that’s really exciting for me and spurred me on to get back into it properly. The shoulder’s really good. It has really gone to a new level this year.

“… Jumping back in the water on January 2, I instantly knew on my first stroke that it (the shoulder) had a certain stability and strength that it didn’t have in those previous 18 months,” Maggie told Adelaide Now.

Although the official selection procedures for the 2018 Commonwealth Games have not yet been published, Aussie Head Coach Jacco Verhaeren has strongly hinted in the past that pre-selection will dominate the Dolphins roster for the meet. This is a radical change from the traditional process in place for 40 years, where swimmers earn the Games’ roster spots via specific trials, akin to qualifying for the Olympics via trials.

Last year, agent Mark Jones told SwimSwam exclusively that Magnussen was planning a full schedule of racing in 2017, which could potentially include appearances in both the USA and Europe around the Arena sponsored meets in the US, European events such as French Open, Mare Nostrum and Sette Colli as well as selected World Cup events.

Magnussen says of his current status, “I’m feeling now I can swim faster (than I ever have). When I sit down and look over the past four years, I’m taller than I was back then. I had a growth spurt of about 3cm after London. I’m a lot stronger and I’m able to do things now from a fitness point of view I didn’t necessarily think important or couldn’t do as well back then.”

Should the green and gold’s major sprinters maintain their current trajectory, we could see a potential three-way match-up between the fastest man ever in a textile suit, Cameron McEvoy, against two-time world title winner Magnussen, as well as the young gun, 18-year-old Olympic gold medalist, Kyle Chalmers in that Gold Coast final.

“… I’ll be looking to peak for the Comm Games. I’ve never swum a big meet on home soil and, the way the 100m freestyle is, you’ve got the fastest man ever (McEvoy) and the Olympic champion (Chalmers).

Just realized from the le Clos article – they’re only one year apart in age.

Sounds like the end of a career tbh. He’s not gonna beat Chalmers/Mcevoy from this point on. Can’t believe he fell off so fast.

I tend o agree… Too bad ‘cos he has (had?) a beautiful stroke. He was a pleasure to watch.

I think he can get back to 47.8 from a flat start, he’s still pretty young. Not the end of a career, but I’m afraid to say he probably won’t be going 47 mid/low anymore. Big loss for Australia’s 4×100, at least for this year.

His best swim was when he drafted the entire race. Afterwards, I said he would never go as fast and he hasn’t!

What do you mean drafted? We’re talkig about his 47.10, right?
If I recall correctly, he took the lead right from the start and never looked back. There was nobody around him to draft off of.