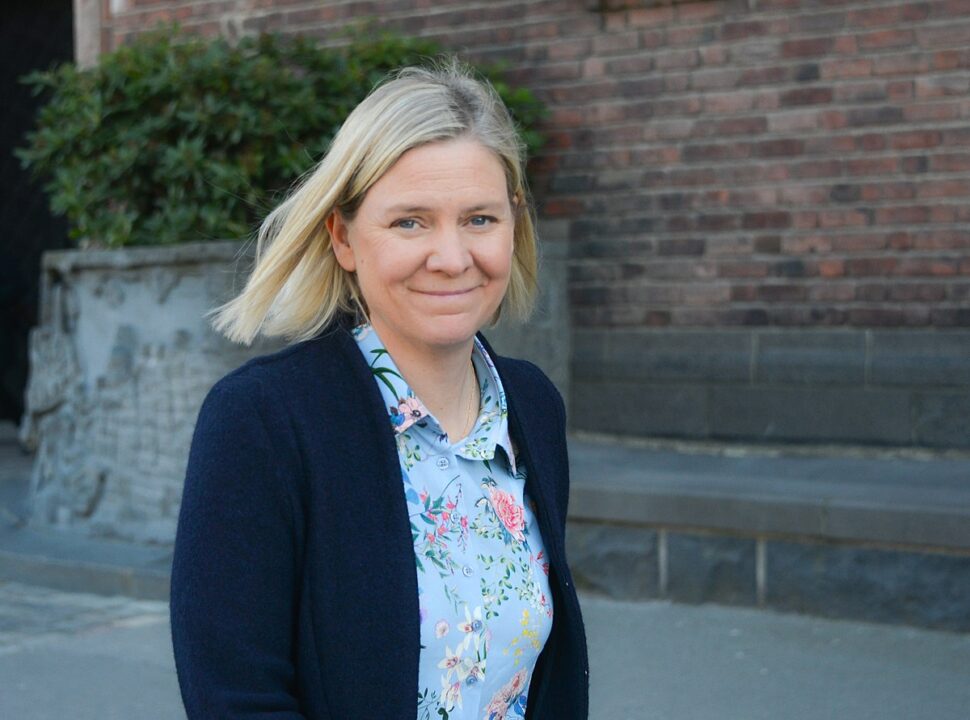 Sweden’s first-ever prime minister, a former junior national swimming champion, resigned on Wednesday: just a few hours after she was appointed to the position.

54-year-old Magdalena Andersson, the leader of the Social Democrat party, resigned after her partner in Sweden’s new coalition government, the Green Party, resigned in protest of the passed budget that was proposed by the oposition, including the right-wing populist party Sweden Democrats. The Sweden Democrats, the country’s third-largest party, has early roots in the neo-Nazi movement.

Andersson, who was the country’s first-ever female prime minister, hopes to regain the post to lead a single-party government. She spent the last 7 years as Sweden’s finance minister.

In her youth, Andersson represented Uppsala Swimming Club. There, she was a two-time youth champion in breaststroke in the late 1970s and early 1980s according to Swedish swimming news site Simma.nu.

…and she resigned lol

Kind of surprised Sweden hadn’t had a female prime minister yet.

To be fair she resigned because the coalition collapsed.

No idea on Sweden itself but all these little Euro places have their own thing . They are overuled by the EU travelling troupe of Ursula’s & Joseph’s etc who know best .

Quote of the season.