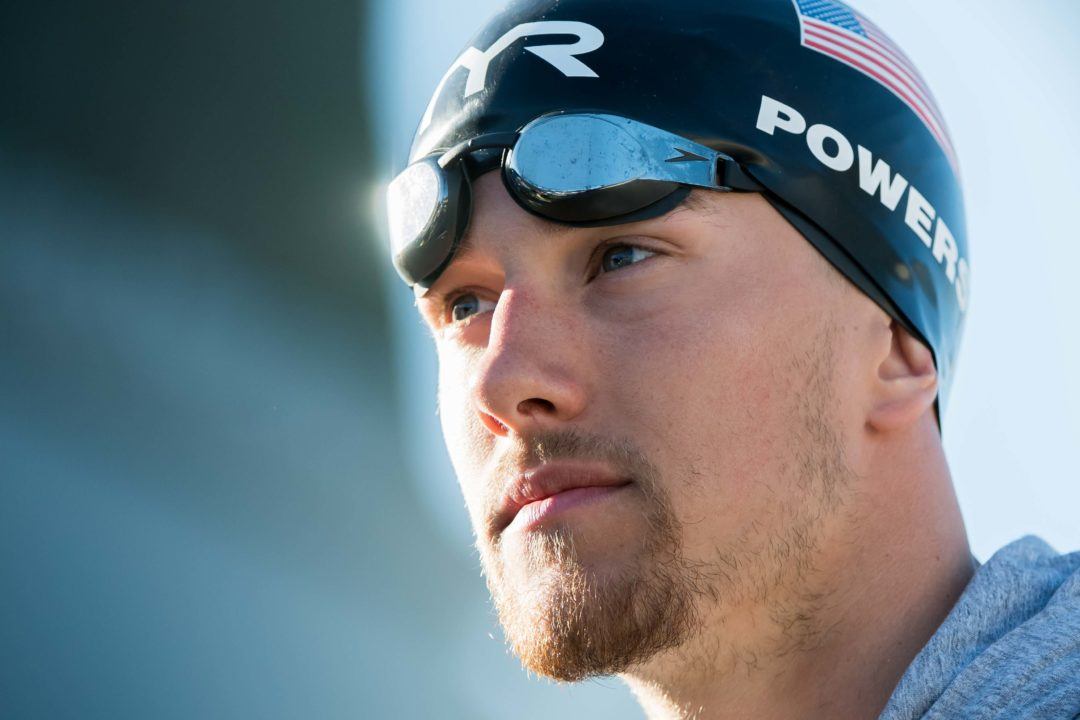 Powers was just the second Big Ten man ever under 19 seconds in the 50 free, going 18.80 to break the conference record. Powers was also a semifinalist in the 50 free at 2016 U.S. Olympic Trials, taking 10th. Internationally, he was a triple gold medalist at the 2014 Junior Pan Pacific Championships and won a bronze medal at World University Games in 2015.

Powers finished up his senior year at the University of Michigan this past spring, and didn’t appear on psych sheets for this summer’s National Championships. He confirmed to SwimSwam this week that he is officially retiring. Here’s his full statement:

“After finishing up my amazing collegiate swimming experience, I had to make the decision about my future in swimming. Swimming had always been a part of me ever since I started club swimming in 5th grade and more seriously once I gave up football from concussions.  It allowed me to make friends from all over the country and all around the world.  I wouldn’t trade the experiences I had for anything, but have decided to pursue my passion in business engineering and devote myself fully to it.

“Swimming helped define who I am today.  It helped me learn what was important to me: family and friends (sometimes the two merge together), and the insatiable desire to be the absolute best that I can be at everything I put my mind to.  I might not be the best in the world at what I do, but the desire to do so will reveal so many possibilities you couldn’t even imagine and introduce you to people who will help you towards that goal.  This was perfectly mirrored in my swimming career while getting to train with David Marsh, Sabir Muhammad, Andy Deichert, Mike Bottom, Mark Hill, and Jack Roach and getting to train along side the greats of Tony Irvin, Cullen Jones, Jason Lezak, George Bovell, my brother, my Michigan teammates, my club team and all the individuals I got to swim with at internationals meets.  My success in swimming was simply a combination of all of these people manifested through me.

“I can’t imagine how anything will ever be like my swimming experience but I know that there are great story lines to be written in my future and I can’t wait to discover how they read and how I can give back to a young individual in the same way that people poured into me.

“In other words, I’ve officially joined the retiree squad who fanatically checks results and has no idea what to do with the copious amounts of new and used tech suits, goggles, and equipment that I have.”

Paul Powers is so dreamy, I’ll miss seeing him and his amazing tattoo on pool deck <3

What a great person and career.