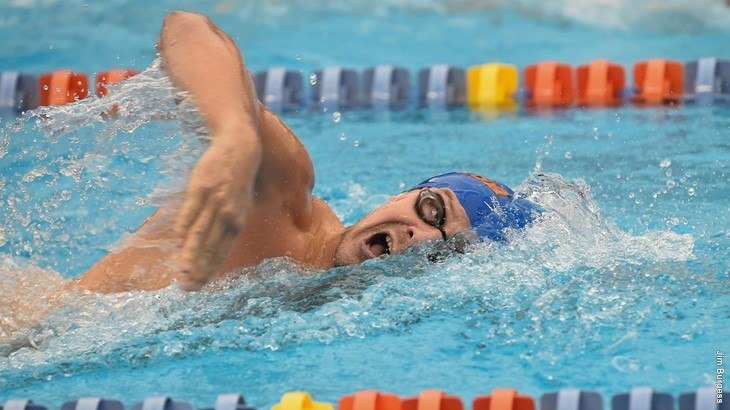 Senior Ben Lawless was tabbed as Male Swimmer of the Week, as the Southeastern Conference announced Tuesday Current photo via Florida Athletics

Press Release courtesy of the SEC

Zeng cracked 400 on both springboards for the first time this season in a double dual against Kentucky and No. 1 Indiana. He defeated Olympian Michael Hixon of Indiana en route to winning the 1-meter with a season-best score of 414.35. Zeng earned a second-place finish in the 3-meter with a final score of 400.70.

Brown was the only member of the Tennessee women’s team to win multiple events to lead to the Lady Vols to victory in the regular-season home opener against No. 8 Indiana and No. 15 Kentucky. She posted the third fastest time in the nation in the 100 fly (52.61) and 14th best time in the 50 free (22.65) after taking first place in both events. Brown took second in the 100 free with a time of 49.45, good for 16th place nationally.

Schultz won both springboard events in Arkansas’ quad meet against Washington State, UC Davis and host UCLA. Her score in the 3-meter (345.20) broke UCLA’s previous pool record, which was held by Olympian Ariel Rittenhouse since 2010. Schultz scored a personal best in the 1-meter with her top score of 323.50.