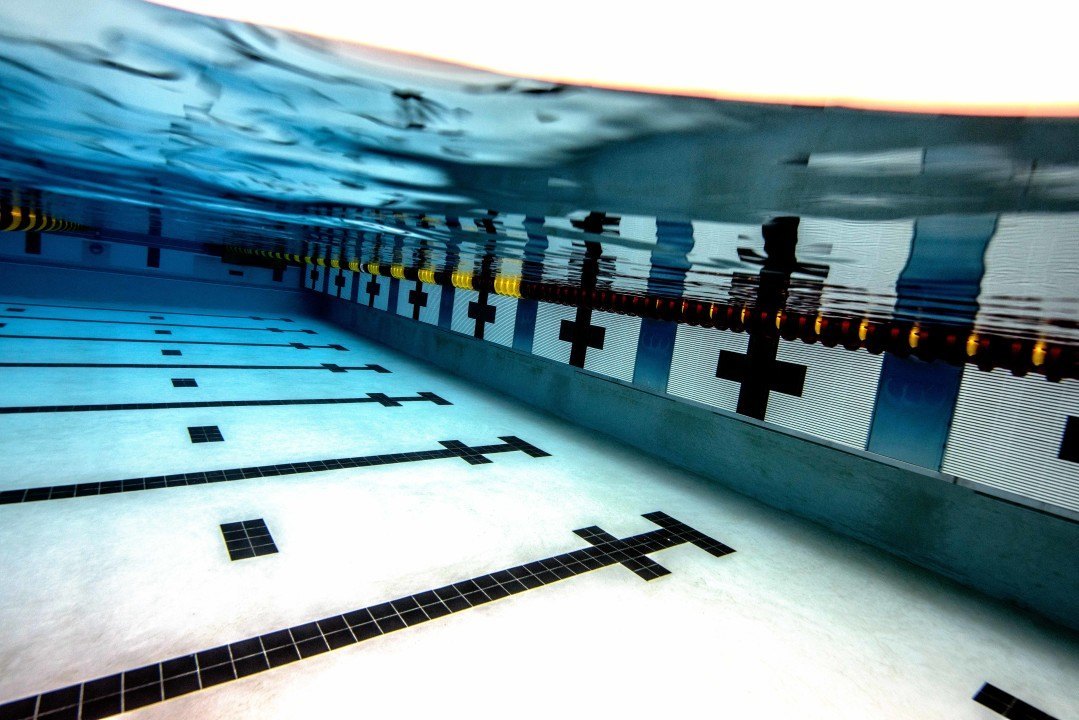 An extremely close meet on the women's side saw Bartram Trail take the championship title by half a point over Gainesville. Bartram Trail is now the first northeast Florida public high school to win a state title since 1941. Stock photo via Mike Lewis/Ola Vista Photography

An extremely close meet on the women’s side saw Bartram Trail take the 2016 Florida High School 3A State Championship title by half a point over Gainesville. With the victory, Bartram Trail becomes to first northeast Florida public high school to win a girls state title since 1941.

Gainesville’s Alena Kraus successfully defended her state titles in the 100 and 200 freestyles. Kraus sealed her 3rd-straight title in the 200 free, where she dominated the race in a quick 1:47.09. She then made it 2-straight titles in the 100 free, winning that race in 50.08 to lead a 1-2 punch with teammate Monona Martin, who took silver in 51.62.

Vanguard’s Kat Kilpatrick and Chiles’ Stephanie Holmes put together a close battle in the 500 free. Both women dipped under the 4:50-barrier, finishing within tenths of each other. On the final 50, Kilpatrick charged to the lead with a 27.4 split to overtake Holmes for the win. Kilpatrick won the race in 4:49.39, while Holmes took silver in 4:49.63.

Bartram Trail’s Lilly McCabe and Chiles’ Morgan Ayers clocked identical times in the 100 breast to share the top of the podium. The two swimmers were only separated by .04 at the halfway point, and they came home with nearly identical back half splits to win the race in 1:04.56.

McCabe’s teammate Summer Stanfield was a medalist in both of her individual races, helping the team to their overall state title with a silver in the 200 IM and a bronze in the 100 back. In the 200 IM, she finished 2nd with a 2:04.53 behind Estero’s Alina Faunce, who tore through the water with her 2:01.29 to win it. Clearwater’s Helena Heuberger was the 100 back champ, swimming to a 55.68 victory ahead of Pines Charter’s Kelley Heron (56.38) and Stanfield (57.04).

The Lawton Chiles boys swam to a team victory at the 2016 Florida High School 3A State Championships with 242 points. Bringing home the 2nd place team trophy were the Belen Jesuit boys, who collected a total of 198 points. The 2015 champs from Doral Academy picked up another top 3 finish, placing 3rd overall this season with 176 points.

Aguilar’s teammate Adrian Moya took charge for Doral in the boys’ 100 fly, winning a tight battle with Belen Jesuit’s Aleja Carriazo. The two swimmers were neck-and0neck at the finish, finishing within a hundredth of each other. At the touch, it was Moya who won the race in 48.56 to Carriazo’s 48.57.

Fort Lauderdale’s Philip Marcoux was a double state champion after sweeping the sprint freestyles. In the 100 free, he was the only swimmer under 45 seconds to win the event in 44.61 ahead of Atlantic Coast’s Callahan (45.39). He also won the 50 free, where he came from behind on the final lap to win in 20.70 to Jackson Defore‘s 20.90. Venice’s Defore went on to win the 100 back later in the session, cracking 50 seconds with his 49.39 victory.

Mater Academy’s Julio Horrego successfully defended his state title in the 200 IM, charging through the final 50 to overtake Osceola’s Ricardo Martinez 1:50.35 to 1:50.65. Horrego also earned a silver medal in the 100 breast, where he finished with a 56.31 to take 2nd behind Naples’ Matthew Limbacher. Coming within tenths of the State Record, Limbacher won the event in 55.29.