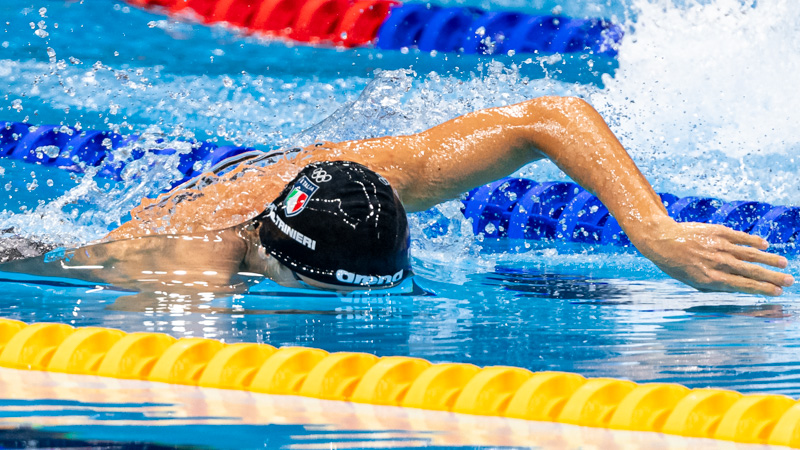 Originally scheduled to be held in 2021, the Chengdu World University Games are set to take place in China from June 25 - July 7, 2022. Archive photo via Giorgio Scala / Deepbluemedia / Insidefoto

Originally scheduled to be held in 2021, the Chengdu World University Games are set to take place in China from June 25 – July 7, 2022.

The International University Sports Federation (FISU) has released the official schedule for the 2021 World University Games which will be held in Chengdu, China in the summer of 2022. According to the schedule which can be read below, the Games will run from June 25, 2022, until July 7, 2022, and will feature 18 different sports.

Of the 18 sports that will be contested in Chengdu, 3 are aquatic sports including swimming, diving, and water polo. Those 3 sports will run according to the following schedules:

Notably, the short course and long course World Swimming Championships will occur within months of each other, in December 2021 in Abu Dhabi, and May 2022, respectively. Then in the summer of 2022, the Commonwealth Games in Birmingham, England, and the World University Games in Chengdu will be held less than a month apart. In addition to those senior international meets, the summer of 2022 will feature the 2021 World Junior Swimming Championships in Kazan, Russia.

The World University Games, which is a competition reserved for current university athletes, is generally not seen as high priority as the World Championships for most nations but still attracts a number of international swimming stars at each edition. In 2017 for example, the likes of Gregorio Paltrinieri, Ilya Shymanovich, Danas Rapsys, Kosuke Hagino, Daiya Seto, Siobhan Haughey, Sarah Kohler, Ella Eastin, Yui Ohashi, and many other notable swimmers took part in the event. 2 years later in 2019, the most recent edition of the Games, Zach Apple, Kirill Prigoda, Brendon Smith, Tatjana Schoenmaker, Chelsea Hodges, and Paige Madden were among those competing.

The World University Games have been delayed multiple times – first by a few days to avoid direct conflict with the Olympics, and then by a year.