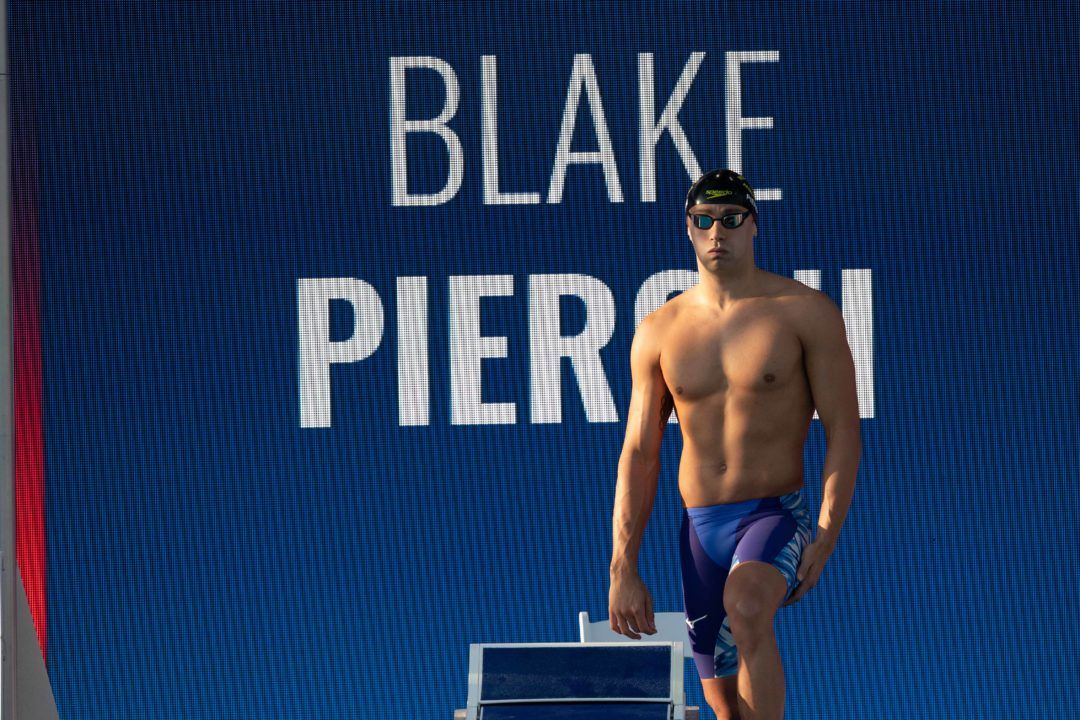 The 2018 FINA World Cup Series concluded with its final stop in Singapore tonight, with leaders and ultimate circuit winners Vlad Morozov and Sarah Sjostrom closing the competition in style.

For 26-year-old Morozov of Russia, the clear men’s Series winner, clinched the 50m fly victory over AMerican MIchael Andrew tonight, clocking 22.17 in the process. That checks-in as a new Russian National Record, as well as keeps the former USC Trojan as the 3rd fastest performer in the world this season.

For Andrew, the 19-year-old lowered his own newly-minted American Record from the morning, shaving a few hundredths off to collect a new personal best and national standard of 22.32 for silver.

Home country hero Joseph Schooling landed on the podium with the bronze, registering a new personal best and Singaporean National Record of 22.40 in the process.

Sjostrom handily took 2 gold medals to close out her impressive World Cup run, first wining the 100m fly in 55.73. Splitting 25.47/30.26, the Swede registered the only sub-56 time of the night. Runner-up was South Africa’s Tayla Lovemore, who already medaled in the 50m sprint here in a new National Record.

Touching in 56.95 in this 100m event, Lovemore fell just half a second off of the South African national standard of 56.52 that’s been in place since way back in 2004.  China’s Lin Xingtong took bronze in the women’s 1fly race, stopping the clock in 58.29.

Sjostrom’s next victim was the 100m freestyle, where the 25-year-old was able to pull out a win over World Cup rival Ranomi Kromowidjojo of Netherlands. The pair had been going back and forth across this event, as well as the 50m fly and 50m free, but Sjostrom got the best of the Dutch racer this evening, topping the field in 51.13.

Kromo was actually relegated to bronze tonight, as teammate Femke Heesmkerk fired off the fastest 100m free of her career in 51.29 for silver. Kromo clocked 51.56 for bronze.

The night saw a disqualification, quite costly monetarily, on the part of Russian Yuliya Efimova in the women’s 50m breaststroke. Cited for movement on the blocks, Efimova wasn’t able to claim gold tonight in her battle against Jamaican World Record holder Alia Atkinson.

Atkinson indeed took the top prize in 28.93, finishing with the only sub-30 second outing of the pack. Aussie Emily Seebohm was next in 30.25, while Efimova’s teammate Vitalina Simonova took 3rd in 31.11.

The usual pair of Russians were at the top of the men’s 200m breaststroke heap once again at this World Cup stop, with Anton Chupkov proving too much to handle in Singapore this evening. Although his teammate Kirill Prigoda opened with a split of 58.58, the fastest of the field, it was Chupkov who turned it on in the back half to ultimately hit the wall fist.

China’s Wang Shun collected another IM National Record via his victory in the 400m IM this evening. Firing off a wickedly-fast mark of 3:59.99, Wang became the first Chinese man ever to delve under the 4:00 threshold.

The aforementioned Fujimori reaped silver in an effort of 4:03.54, while Hungary’s David Verraszto got on the board with a 4:04.21 for 3rd in the race.

With Wang’s performance the 24-year-old becomes the 20th fastest performer in history, while also sliding into the #2 spot in this season’s SCM world rankings.

Teammate Xu Jiayu proved formidable once again in the men’s 100m backstroke, taking the win in a time of 48.98, just .10 off of his own National Record clocked in Tokyo.

Winning the women’s 2back was reigning world champion in the event, Emily Seebohm, who nailed a winning effort of 2:01.60. Brisbane Grammar teammate Minna Atherton finished in the runner-ups slot in 2:02.20.

Pieroni’s effort registers as a new personal best and also now lists the American as the 20th fastest performer in history.

For Chalmers, the 20-year-old took silver in 1:41.50, the fastest of the Adelaide native’s career. He also checks-in as the 3rd swiftest Aussie in history, with only Cameron McEvoy and Ian Thorpe sitting ahead of him.

Pieroni and Chalmers now rocket up the world rankings and sit as the #1 and #2 fastest performers in the world right now.

Efimova’s DQ was extremely costly. Same thing can be said about third place of Kromowidjojo in 100 free where she was behind Heemskerk. These misfortunes have offset each other and if I’m correct with my calculations Efimova and Kromowidjojo are tied for the third place overall sharing $50,000 prize.

Well, at least there was a footnote in the article about Morozov and Sjöström winning the Overall World Cup.
But to be honest, this meet was all about Blake Pieroni winning the 200 free! *standing ovation* 😛