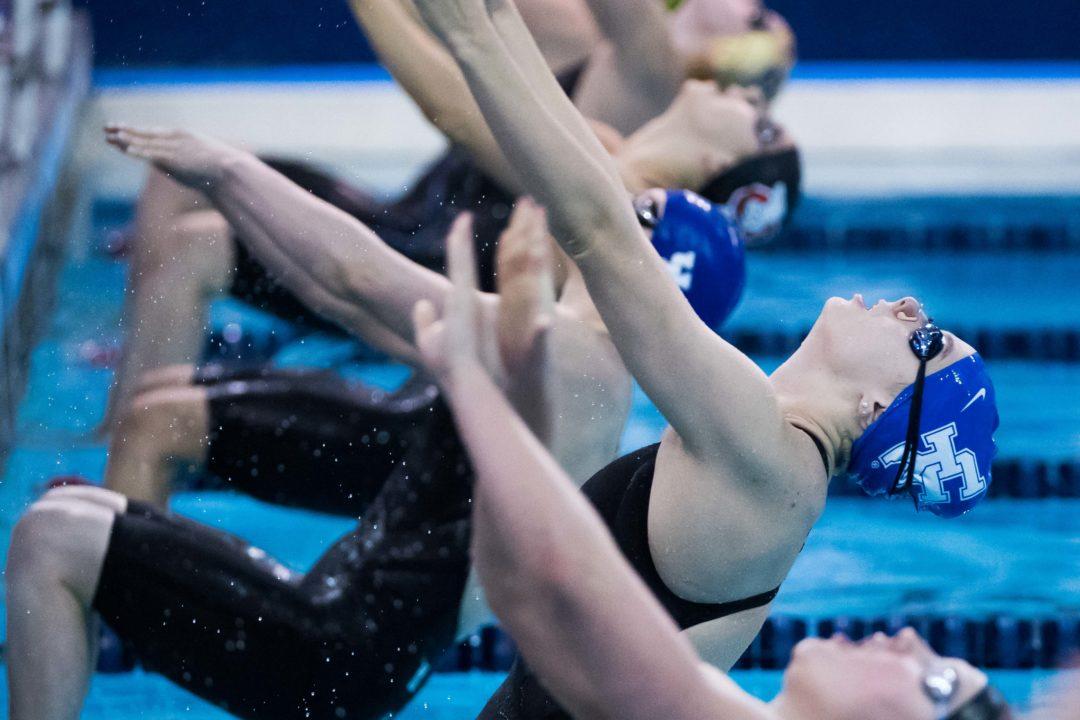 Ali Galyer swam the fastest 200 back so far in the NCAA season this morning at the Ohio State Invite. Archive photo via Mike Lewis/Ola Vista Photography

Ella Eastin and Ali Galyer both swam the fastest times in the country in their respective events at day 3 prelims of the Ohio State Invitational in Columbus, with Eastin doing so in the women’s 200 fly and Galyer in the women’s 200 back. Check out a full recap of the session below.

Stanford freshman Amalie Fackenthal was 3rd in 49.10 in what was her first 100 free of the season, and her sophomore teammate Ashley Volpenhein had her fastest swim since February of 2016 to qualify 5th in 49.42. Their teammates Ruck, Nordmann and Morgan Tankersley were all no shows in this event.

Reigning NCAA champ Ella Eastin then posted the top time in the country in the women’s 200 fly, going 1:53.65 to equal what Grace Oglesby went this morning at the IU Invite. Prior to these swims, Oglesby’s 1:53.79 from the SMU Classic led the NCAA.

Sadler McKeen of Notre Dame took more than three seconds off his best time to qualify 1st in the men’s 200 back, clocking a time of 1:45.04.

Pittsburgh’s Blaise Vera was one of four men to go sub-44 in the 100 free prelims, taking the top spot in a lifetime best of 43.18. This was his first time getting under the 44-second barrier as his previous best was a 44.05 from February of 2017.