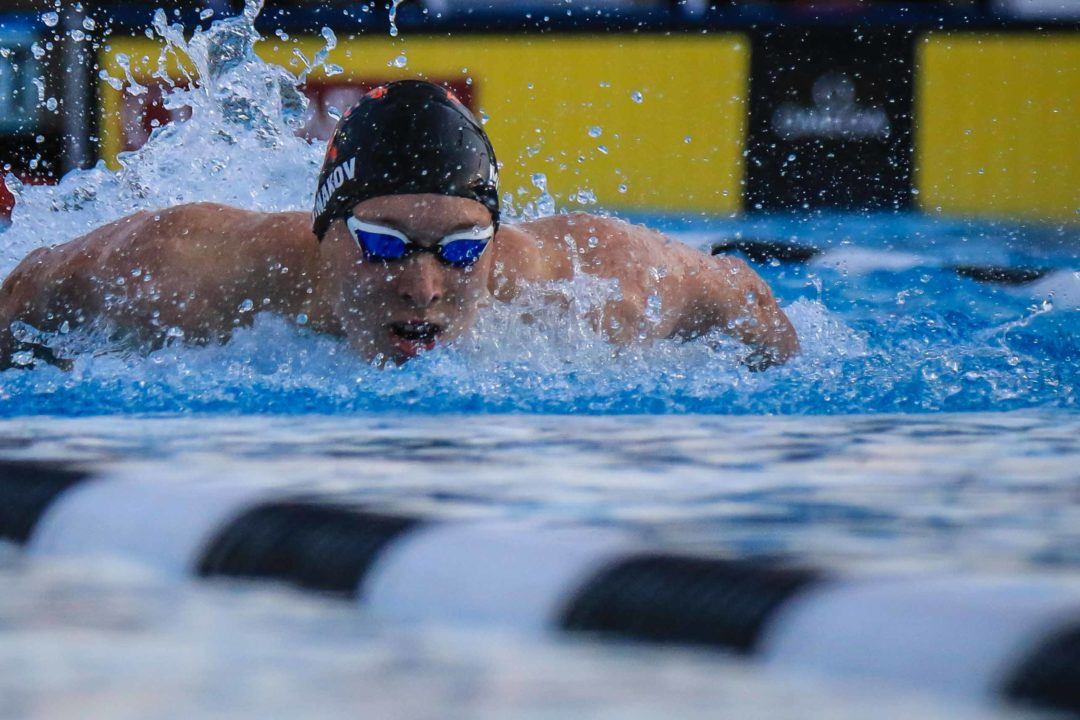 Following months of speculation FINA has confirmed that Kazan, Russia will act as hosts of the 2021 World Junior Swimming Championships. Current photo via Jack Spitser/Spitser Photography

Following months of speculation regarding the timing and location of the 2021 FINA World Junior Swimming Championships, FINA has published a calendar for the event, to be held between August 24-29, 2021. The event appears poised to remain in Russia, in spite of WADA sanctions against hosting major international events – a penalty that was watered-down by a CAS decision last year, and seems to have been largely-toothless in practice. A full breakdown of the schedule and location by discipline includes:

As of March 18, 2021 men’s water polo and high diving are the only two aquatic disciplines that don’t appear on FINA’s schedule

If the event actually happens (and there has been precious little movement or public activity beyond this calendar item), Kazan 2021 will be the 8th version of the Games which ran for the first time in Brazil in 2006, in Mexico in 2008, and then beginning with the 2011 Games in Peru has been held every other year. Having the World Junior Swimming Championships in the same summer as the Olympics will introduce a dynamic that hasn’t been seen since 2008 as a handful of the world’s top juniors will likely forgo the junior championships in favor of the Olympics.

Russia will be hosting during the period in which they are banned from most major international competition. As previously reported, the World Anti-Doping Agency originally banned Russia from competing at or hosting any Olympic or major international competitions. The ban was ultimately reduced to two years but will stay in effect until 2022 meaning that it will still be in effect this summer. That indicates that the World Junior Swimming Championships is not included in the list of competitions from which Russia is banned.

Recently, Australia announced that they would not be attending the meet and will host a national junior meet at home instead to provide their juniors a chance to race while avoiding international travel. While other nations have not made the same statement, few of the world’s swimming powers have announced selection criteria or plans to attend.

The most recent version of the World Junior Swimming Championships occurred in Budapest in 2019 and should the 2021 Games go ahead as scheduled, they will be one of the only major international swimming competitions to not have been majorly interrupted by the coronavirus pandemic.

The long course World Swimming Championships meanwhile were scheduled to be held in the summer of 2021 but have been pushed to May of 2022 so as not to conflict with the Olympic Games. The 2022 World Championships will take place from May 13-29, 2022.

FINA has not published any more specific information about qualifying times or a specific day-by-day schedule.

While the portion of the WADA punishment about hosting international competitions seems to have been relaxed, at least one section of the punishment is being enforced: Oleg Matytsin, a Russian, will ‘step aside’ from his post as president of FISU for the duration of the two-year penalty period. Matytsin, also the Minister of Sport in Russia, was elected to a second four-year term that began on November 16, 2019, and he will be allowed to resume that role on December 17, 2022, when the WADA suspension has expired.

First Vice President Leonz Eder of Switzerland will step into the role as the Acting President, while Luciano Cabral of Brazil will serve as Acting First Vice-President.

According to FISU, which as its biggest property organizes the World University Games:

During this period, Matytsin will not act as FISU President, fulfil any of the roles, responsibilities or duties of the FISU President, sit on FISU’s boards or committees, or otherwise act as a FISU representative.

Neither FISU nor Matytsin acknowledged the details of why Russia was given this punishment or Matytsin’s potential role in those activities in his governmental role in Russia.

I heard USA Selection criteria for this event will be top 2 18& Under finalists during WAVE 2 Olympic trials. Assuming these two selected didn’t make the full Olympic team.

Does that mean 18 year old girls can go?