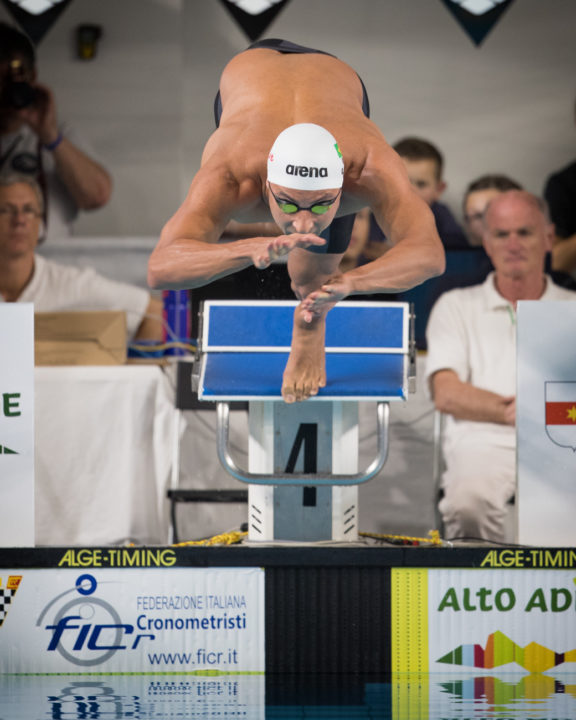 Brazilian Felipe Lima is entered in the 50 breaststroke and Fabio Scozzoli will not race in the 2020 FINA Champions Series. Archive photo via “Rafael/Domeyko Photography”

Italian swimmer Fabio Scozzoli was scheduled to swim a single race at this week’s FINA Champions Series, but never made the trip to China. Sources in his camp have told SwimSwam that they don’t believe he ever planned to compete, in spite of appearing on the FINA athletes’ list revealed late last week.

Lima was initially scheduled to swim the 50 breaststroke only in Beijing, but has now added a race in Shenzen as well. There he will battle with his countrymate Joao Gomes, Netherlands’ Arno Kamminga, and Belarus’ Ilya Shymanovich for his share of the $29,000 up-for-grabs in each race.

Lima has also been drawn as part of a mixed 400 medley relay.

One of the most anticipated races of the meet, this men’s 50 breaststroke will include the defending Worlds silver medalist (Lima), bronze medalist (Gomes), 5th-place finisher (Shymanovich), and the 4th-ranked swimmer in the world this season Kamminga.

Last year, Scozzoli won the 100 breaststroke in Budapest and Guangzhou en route to $30,000 in total prize money at the 3-stop series.