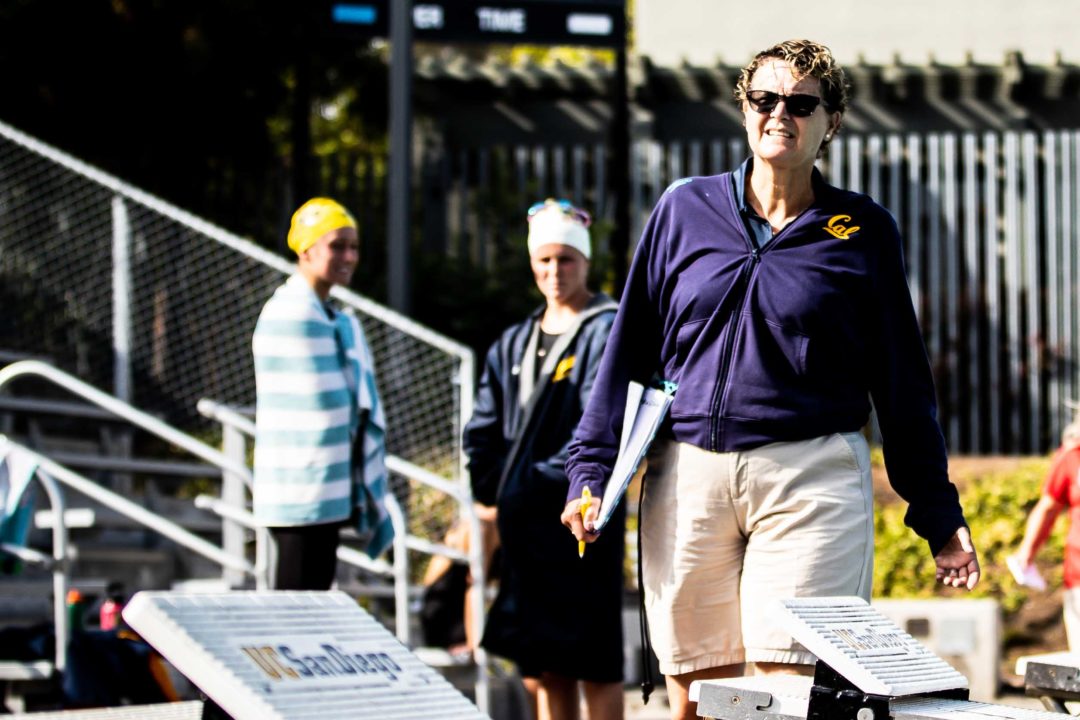 McKeever, in her 28th season at Cal, has guided the Bears to 11 consecutive top-three finishes at NCAAs and has coached 26 Olympians. Archive photo via Jack Spitser/Spitser Photography

Cal and head women’s swimming coach Teri McKeever have agreed to a contract extension through the 2023-24 season, the school announced Monday.

“Teri McKeever is an iconic coach with an international reputation that is second to none,” Cal Director of Athletics Jim Knowlton said. “As much as she develops student-athletes to reach their potential in the pool, Teri also cares deeply about them as individuals and works just as hard to ensure they graduate from Cal prepared to be leaders in their post-collegiate careers. We look forward to having Teri lead our program for years to come.”

“I’d like to thank Jim Knowlton and our administration for their enduring support of women’s swimming & diving,” McKeever said. “I am proud of what we have accomplished as a program and am looking forward to continuing our level of success. While we have been able to accomplish a lot during my time at Cal, there is much more that lies ahead, and I am excited for our future.”

The first — and still only — female head coach of a U.S. Olympic swim team, McKeever has coached 26 Olympians who have won 36 medals. She is also a two-time head coach for the U.S. at Pan Pacs, and she has been an assistant coach at the world championships seven times, including last summer. McKeever’s new deal keeps her in Berkeley through the lead-up to the 2024 Paris Olympics.

A number of assistant coaches have worked under McKeever at Cal. Ahead of the current season, she brought in former MIT men’s and women’s head coach Dani Korman after Sarah Dunleavy stepped down to leave the sport after two seasons.

Congratulations Teri! Our sport is so lucky to have you!

Seems like only yesterday that these boards were filled with comments about all the swimmers she “ruined.”