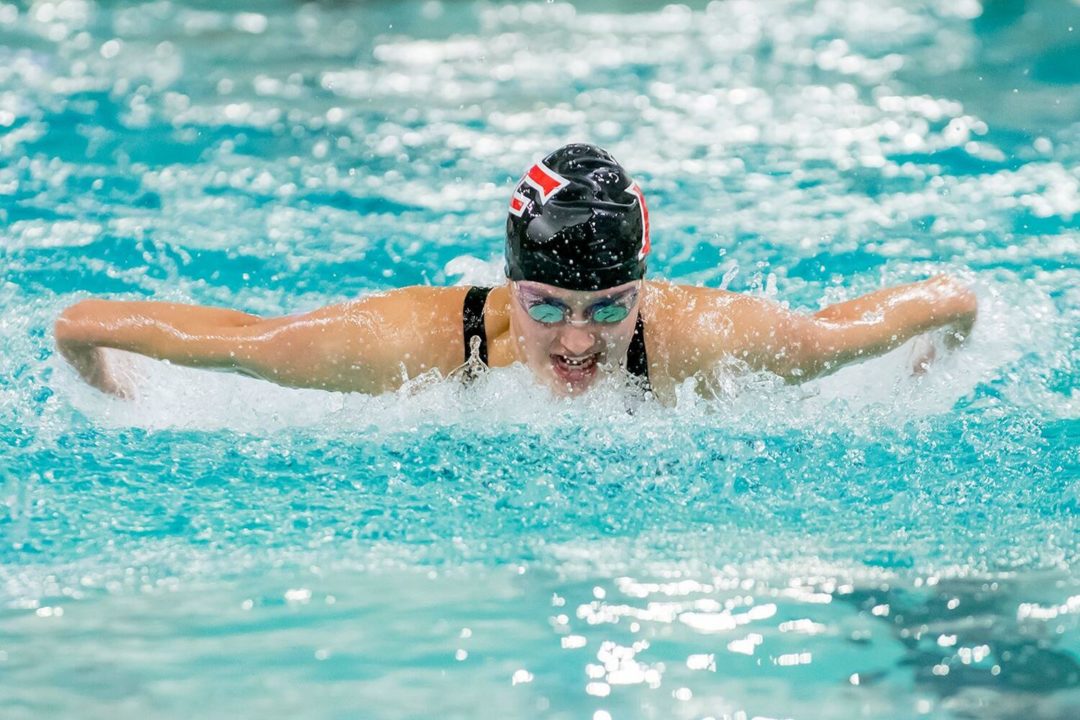 The Fairfield women outscored Monmouth 189-105, while the men's team was edged by the Hawks 154.5-133.5 on Saturday at the RecPlex Pool. Current photo via Fairfield Athletics

FAIRFIELD, Conn. – Fairfield women’s swimming and diving started their Metro Atlantic Athletic Conference slate with a win over Monmouth today at the RecPlex Pool, outscoring the Hawks 189-105. The men’s team put up a strong performance but were edged by a score of 154.5-133.5.

Brendan Finnegan, Benjamin Kebbell, Jordan Rahurahu, and Peter Gori finished in second in the 400 SC Meter Freestyle Relay with a time of 3:36.23.

Fairfield will return to action as they travel to Worcester, Massachusetts to take on Holy Cross on November 1 at 4 P.M.

The competition took place in a meter pool, which is longer than the 25-yard pool Monmouth’s teams have competed in this season.

NOTES & QUOTES
“Despite some tough early circumstances, including a DQ on a false start of the winning medley relay and giving away a big chunk of points in diving, the team stayed focused throughout the meet. It was good to see them show resilience considering the challenges. This type of performance will go a long way in building our confidence as we move toward our midseason and championship meets.”
– Monmouth head coach Matt Nunnally

– Callan Smith won three individual events, the 100m back, 200m back and 400m free. Smith’s victories were his first of the season and he now has 34 individual career wins to his name.

– Tahlia Botha continued the strong start to her freshman season by winning three races. She now has four individual wins after placing first in the 100m breast, 200m breast and 200m IM.

– Rookie Alexandra Ho won her first-collegiate race by touching the wall in 59.71 in the 100m free.

– Monmouth did not compete in the diving events, where Fairfield earned points toward their team totals.

UP NEXT
Monmouth’s 2019-20 home-opening meet is scheduled for Friday, Nov. 1, when the teams host Mount St. Mary’s at Steadman Natatorium at 4 p.m.