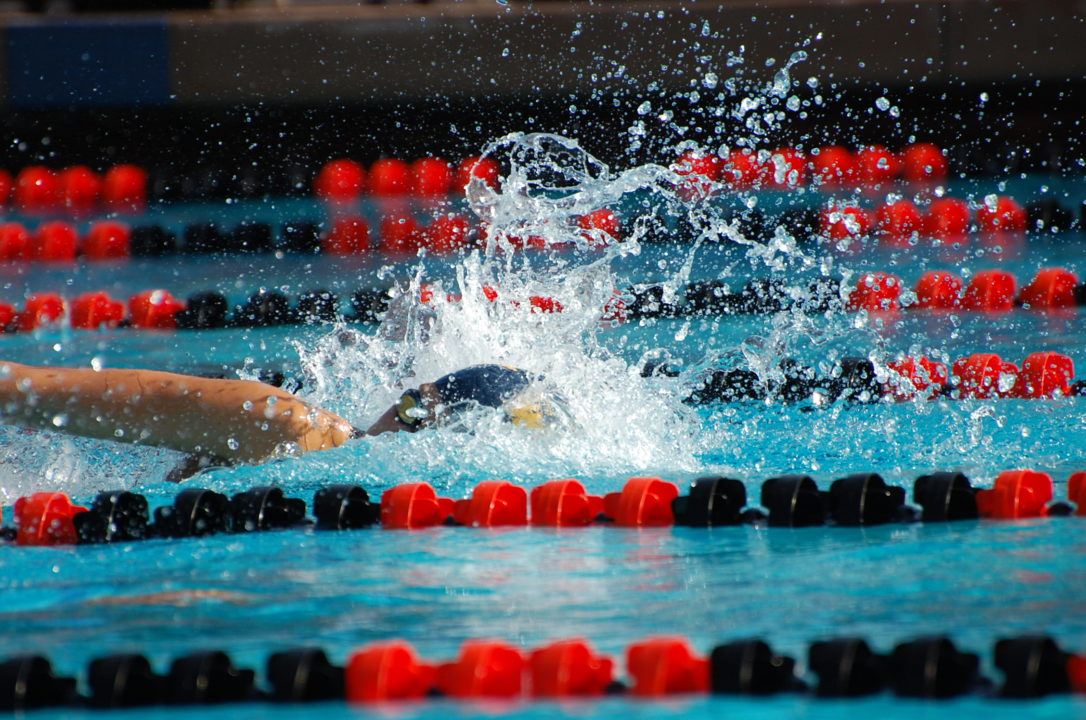 Fackenthal surged to a 22.45, erasing the former record of 22.64 done by Elise Garcia in 2016. Fackenthal and Garcia will go head-to-head in the final, as Garcia is the 2nd seed with a 22.82. Archive photo via Anne Lepesant

The 2017 CIF State Championships are underway, with Friday’s preliminary session now in the books. A handful of Meet Records went down in prelims, and several others are on watch for Saturday’s finals. Read on for highlights from the prelims session.

Country Day’s Amalie Fackenthal wasted no time at the 2017 CIF State Championships, taking down the California State Meet Record mark in the 50 free during Friday’s prelims. Fackenthal surged to a 22.45, erasing the former record of 22.64 done by Elise Garcia in 2016. Fackenthal and Garcia will go head-to-head in the final, as Garcia is the 2nd seed with a 22.82.

Granada sophomore Miranda Heckman destroyed the Meet Record in the 500 free. She loweredher own former record by over 4 seconds, taking it down from a 4:46.13 to a 4:41.53. Heckman is also the top seed in the 200 free and is within striking range of the Meet Record in that race after putting up a 1:47.52 in prelims.

On the men’s side, Ripon’s Ty Wells just barely missed the Meet Record in the 100 breast. Wells dropped over a second from his seed time, throwing down a 54.87 to earn lane 4 in the final. On Saturday night, he’ll be chasing the record of 54.72 done by Hank Poppe in 2016.

Interestingly, sprint standout and Cal commit Nate Biondi, a Sierra Canyon senior, was a no-show in one of his signature events, the 50 free.