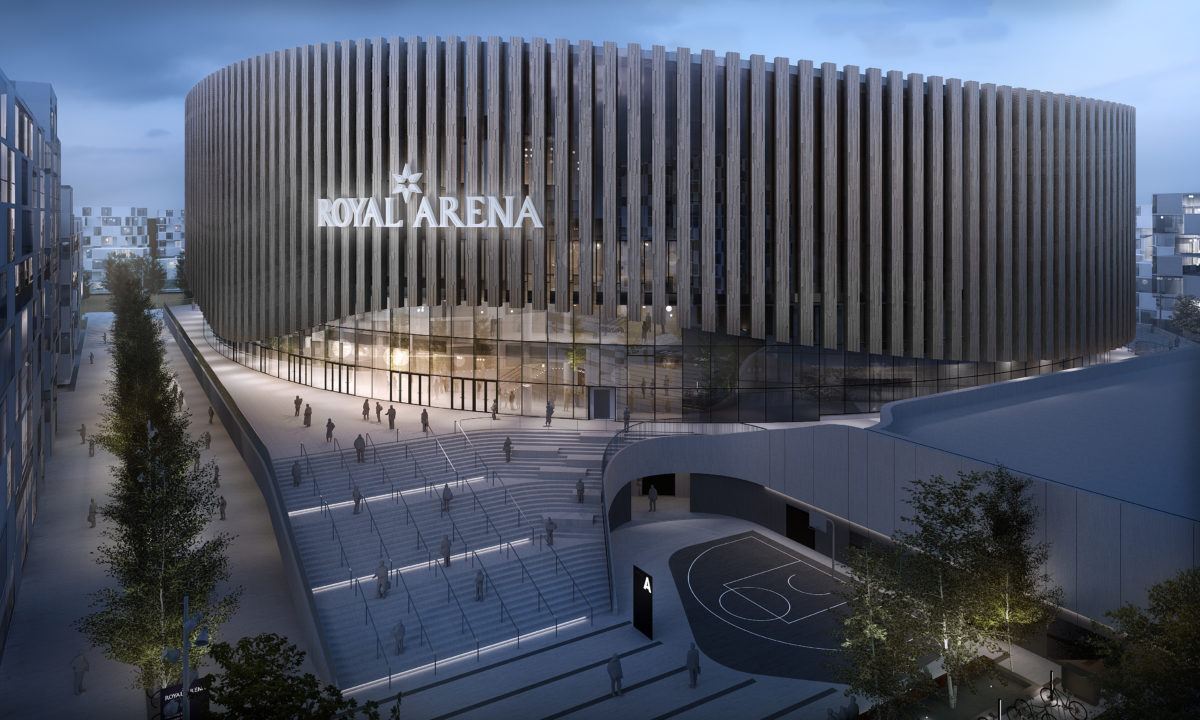 A temporary pool in the brand new Royal Arena will play host to the 2017 European Short Course Championships in December. Archive photo via Arena CPHX P/S

When Copenhagen, Denmark plays host to the 2017 European Short Course Swimming Championships from December 13th-17th, it will be the first major sporting event in the 13,000-seat multi-purpose arena. Ground was broken in 2013 and the arena officially opened in February 2017 with a Metallica concert.

LEN earlier this month revealed details about exactly how the arena will be configured for the every-other-year continental championship.

Spectator capacity during the event will be reduced to 6,500 for sessions where both the lower and upper levels are open (which won’t necessarily be all sessions). Organizers will also have free Wi-Fi throughout the facility for everyone.

This will be the first time that the event is hosted in Copenhagen, though the second time in three occasions that Denmark will host – Herning welcomed the continent in 2013.

Organizers say that they hope the event will be “a swimming party for all of Europe,” and are encouraging federations to buy ticket blocks for their fans to create cheering sections by offering early-bird discounts.

After its life as a natatorium, the Arena will also co-host the 2018 IIHF Hockey World Championships along with Jyske Bank Boxen, and will be one of 8 host venues for the 2019 World Men’s Handball Championship.

IF SC why not worlds, if euros, why not LC?