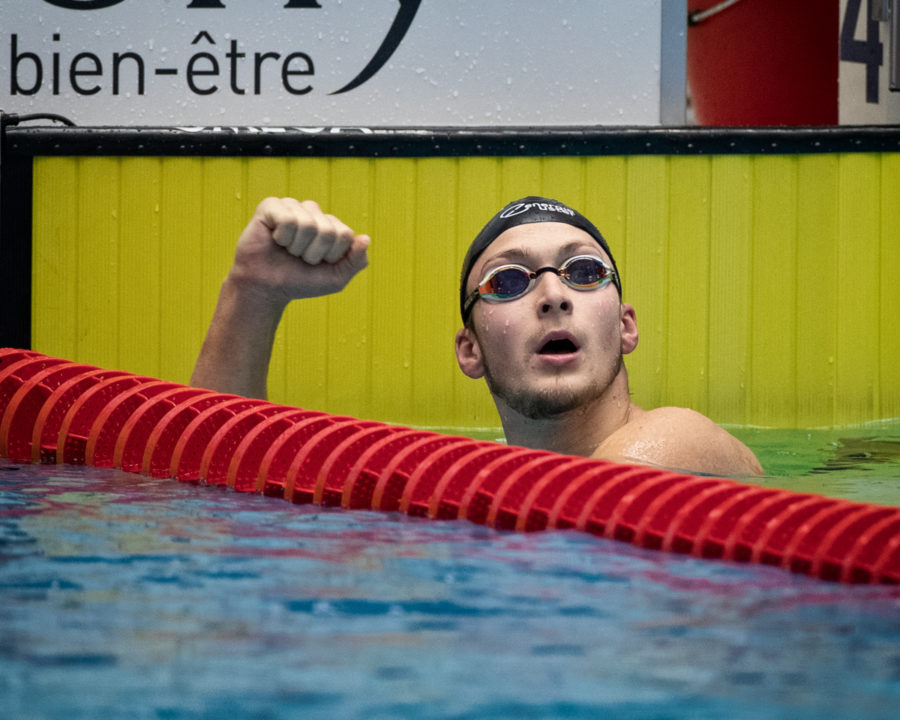 European Junior Champion Antonio Djakovic got it done in the 200 free and 200 fly while competing at the Uster Cup in Switzerland. Archive photo via “Rafael/Domeyko Photography”

Swiss teenager Antonio Djakovic was in fine form tonight, competing at the 2020 Uster Cup in his native country. The 17-year-old competed in two events on the day, with his lineup consisting of the 200m free and 200m fly in this short course meters affair.

In the former event, Djakovic put up a time of 1:46.73 to smoke the field, possessing the only sub-1:50 outcome of all of the racers. Splitting 52.21/54.52, the teen posted the 5th fastest time of his young career, one that includes a 1:46.56 lifetime best from last November. As such, his outing here fell just .17 outside of that result.

Djakovic’s LCM 200 free career-quickest is situated at the 1:47.26 he produced in Kazan last year for European Junior Championships bronze. At that same meet, the teen became the gold medalist in the 400m free, posting a monster effort of 3:47.89 to top the podium in a new senior Swiss national record.