Euro Report, Day 6, Many Europeans Shine in the 200 breaststroke 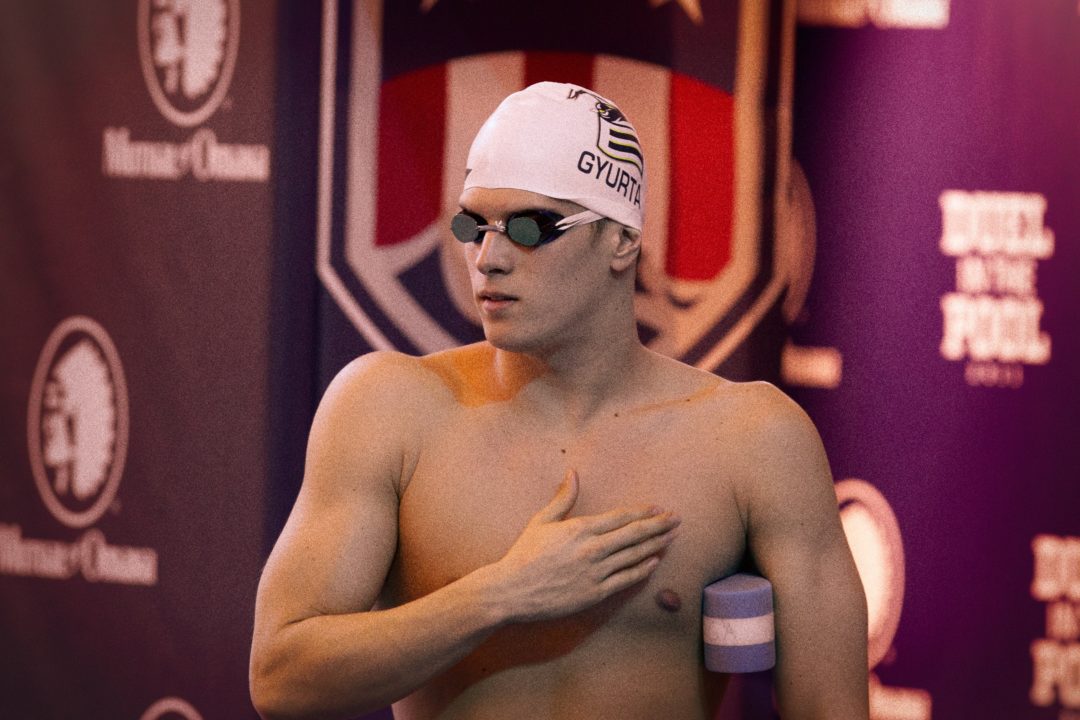 Both the male and female 200 breaststroke events today were dominated by Europeans today with only one non-European standing on...

The Nunawading Swimming Club located in Victoria, Australia has announced that Jol Finck has been appointed as the Director of Coaching.

Both the male and female 200 breaststroke events today were dominated by Europeans today with only one non-European standing on the medal podium, American Micah Lawrence.

And the rest of the mere mortals in the men’s 200 breaststroke field thought that they had a chance against the Great Gyurta.

“He obviously scratched the 200 breast because he was out of shape,” they said.

His retort? He didn’t want to pull back the curtain on his 200 breaststroke any sooner than he had to.

At the 2008 Olympics, Hungarian Daniel Gyurta had the second-best overall time in the 200 breaststroke, but failed to make the medal stand when it counted. He learned the hard way that in these multi-round meets, what you do at night is most important. And since then, he just hasn’t lost.

His resume in the 200 breaststroke sounds more like a man who will be lucky to hold on until the 2016 Games in Rio, but the reality is that he’s still only 24 years old, and is herking-and-jerking into the prime of his breaststroke career.

Rikke Moeller-Pedersen had to learn this lesson today in the women’s version of the race. World Records are amazing, no matter when they’re done, but it will always have that asterisk on it: she didn’t win the World Championship. That lower-case s in the record-books, for “semifinal”.

Gyurta’s championship run, if he can keep it up for another three years, is beginning to look like a thing of legends. Edwin Moses in the 400 meter hurdle. Michael Phelps in the 200 fly, Adolph Kiefer in…everything.

And through it all, he maintains his tongue-in-cheek mantle of the best swimmer in the world that nobody ever picks to win.

Gyurta was not the only story in the men’s event, there was a 19 year old swimmer from Finland that announced his presence today placing third, collecting his country’s first medal of the championships. There is good reason many not have heard the name Matti Mattsson. Coming into the competition his lifetime best was a 2:11.81, a time he posted at the Olympics finishing 17th and his season’s best of 2:14.69 wasn’t even ranked in the top 100 in the world.

Mattsson made incredible improvements at each stage of the event. He improved on his best time by over a second and half qualifying for the semi-finals recording a time of 2:10.16 in the prelims.

In the semi-final Mattsson improved again, breaking 2:10 for the first time, qualifying for the final in a time of 2:09.96.

Mattsson touched with a final time of 2:08.95 moving him from the 107th ranked swimmer in the world to a World Championships bronze medalist.

Now that he has let the swimming world know exactly who he is it will be fun to watch what this Finnish teenager can do from here on out.

In the women’s event a big part of the story was had already been written with Rikke Moeller Pedersen of Denmark breaking Rebecca Soni‘s world record in the semi-finals and Russian Yuliya Efimova following that up with becoming only the third woman in history to break 2:20.

Tonight’s final was the second chapter. Unless another swimmer in the field was able to have an unthinkable performance it would be a two woman race between Pedersen and Efimova, the questions were; who would win and how fast would they go?

The answers were Efimova in a time of 2:19.41, the second fastest 200 breaststroke in history.

Efimova’s splits compared to Pedersen’s world record from the semi-final:

The Russians tactics were perfect allowing Pedersen to use her speed in the first 10o develop a lead and wait patiently to make her move in the final 50 meters.

Hopefully the conclusion to this story is a long way into the future so that swimming fans can enjoy what looks to be a great rivalry for years to come.

Different meet but what about Vyatchanin going 53.06 in the 100bk at the Open tonight? Would have been good for silver,I bet the Russians wish he was back in the fold.
Anyone know what is going on with him and what country he wants to represent?

mattsson is certainly the most surprising medal winner so far.

swimfanfinland should have alerted us about him!