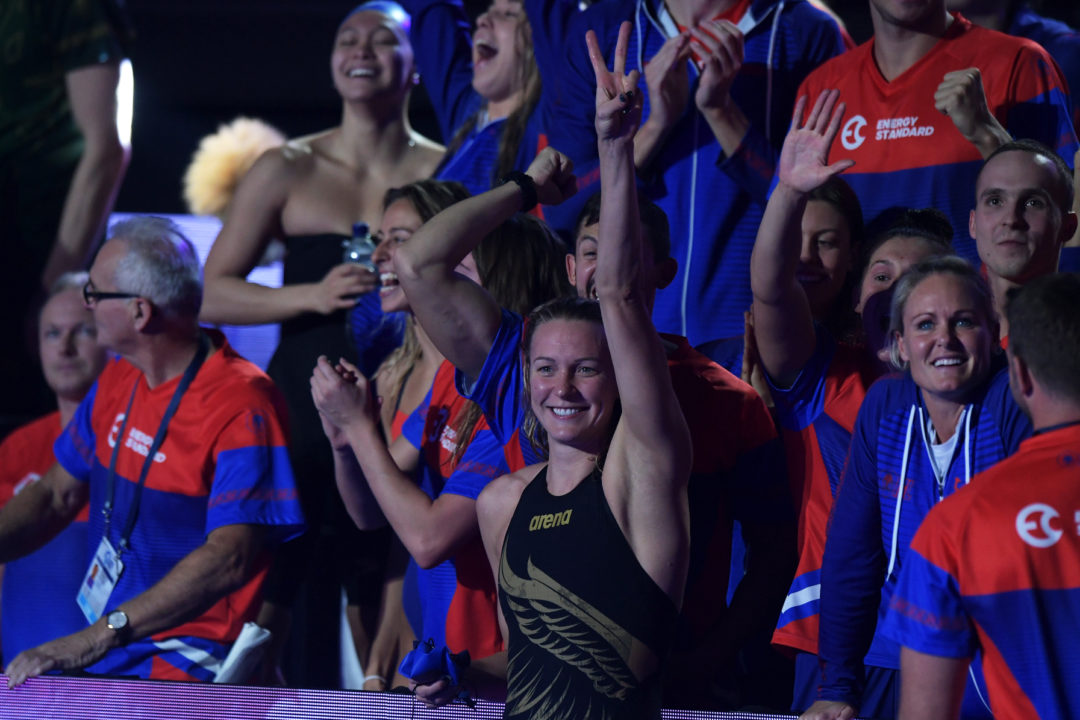 Even with the rescheduled Tokyo Olympics looming, James Gibson's Energy Standard training group says that they're "all in" on ISL training. Archive photo via Gian Mattia D'Alberto/LaPresse

The Energy Standard training group are preparing “100%” for the ISL’s second season, head coach James Gibson has stated. The season is to be comprised of a 5-week training camp and competition, with Budapest dubbed as the front-runner to host.

The Energy Standard training group, which is not the same as the ISL team but features a heavy overlap in personnel, returned to their training base in Antalya, Turkey this week to start their Olympic season. As we reported in July, the athletes were able to return for a 4-week training block at the end of July as travel restrictions caused by the coronavirus pandemic were eased in some countries.

However, Gibson said the group dispersed once again to take a “mental break and reset the focus” ahead of the 2021 season. He also emphasized that the upcoming ISL season has given the athletes some newfound direction and a renewed positive attitude after months of uncertainty.

“There’s still a lot of unknowns about what’s going to happen next year. We do have a clear objective in the plan now, so what we do is plan with the information that we have. The short-term objective is the ISL and we’re prepping for that 100% because at the minute that’s the only certainty”, said Gibson.

Speaking on the ISL, he said: “We want to retain our title, we know that the other teams are going to be exceptionally strong. There’s definitely a buzz in the group at the minute.” Energy Standard will have competition from two new teams which have joined the ISL ahead of this season – the Toronto Titans and the Tokyo Frog Kings*.

A notable absence is Olympic gold medalist and World record holder Chad le Clos, who remains in South Africa due to restrictions there preventing him from travelling to Turkey.

On this, Gibson said: “It’s been a bit of a challenge to get certain athletes back to Turkey but we just work as best we can – we send programmes all over the world to the people that need them and we support them from afar.”

More details on season 2 are set to be announced next week.

I am super pumped for an ISL season even if it’s short! I just want to see some high quality racing between many different athletes from across the world. The one big issue I see is that Australians can’t leave the country unless they apply well in advance which makes it difficult to leave the country and may jeopardise some of the ISL’s teams where there are many Australians competing,

I hope they will be able to make this event. But with no spectators and very limited tv exposure, it must be a huge economic drain..

We have seen now that professional sports are entirely possible and can be safely executed so I don’t know why they wouldn’t at least try.

European soccer leagues were traveling and still had basically no setbacks so you don’t even have to necessarily do the NBA “bubble” model.

I’d say the big difference is that it’s an Olympic year. The stakes are much higher for pro swimmers, with their highest earning potential (by far) and fame (also by far) winning an Olympic medal, compared to team sports of highly-compensated athletes (who still get paid when they’re sick, or for that matter, even if they suck and are under contract).. If an ISL swimmer is out with COVID-19-related illness, they’ll be at a big disadvantage when OT’s come around. IF they come around. If Lebron gets COVID, he’s still Lebron. If Dressel is out and misses his glory years at an Olympics, that’s a pretty big deal.