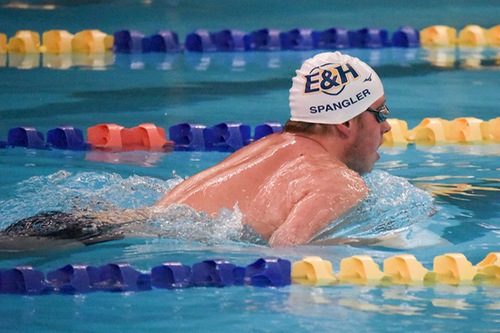 The news comes less than two weeks after the College officially began its tenure as a member of the South Atlantic Conference. Stock photo via Emory & Henry Athletics

INDIANAPOLIS – Emory & Henry College has advanced to the second year of NCAA Division II provisional membership, NCAA officials announced Thursday. The news comes less than two weeks after the College officially began its tenure as a member of the South Atlantic Conference.

The 2022-23 academic year will be the second of three years of provisional status in the College’s reclassification from NCAA Division III to Division II. This year, E&H will play a full SAC schedule and will be eligible for player of the week and all-conference awards.

Individual highlights included men’s wrestling earning its first-ever All-American as freshman Levi Field (Manassas, Va.) took seventh place at the NCWA National Championships, senior running back Devontae Jordan (Bassett, Va.) was named Virginia’s small college football player of the year, and freshman softball shortstop Lydia Taylor (Salem, Va.) was chosen as the Southeast Region Freshman of the Year by the NFCA and a finalist for National Freshman of the Year.

“Today marks yet another important step in Emory & Henry’s history transition to become a NCAA Division II institution,” said Dr. Anne Crutchfield, Director of Athletics. “The move to D-II now allows a new generation of students to access the high-quality educational experience that Emory & Henry is known for. We are grateful to the NCAA for this opportunity and look forward to joining our new colleagues in the South Atlantic Conference beginning this fall.”

With satisfactory performance in the upcoming year, the Wasps will begin provisional year three in August of 2023. Along with this, all teams will be eligible to compete for SAC Championships, but will not yet be able to play in the NCAA Tournament.

With continued satisfactory progress, Emory & Henry will be eligible for full Division II membership for the 2024-25 academic year which includes eligibility for NCAA Championship events.