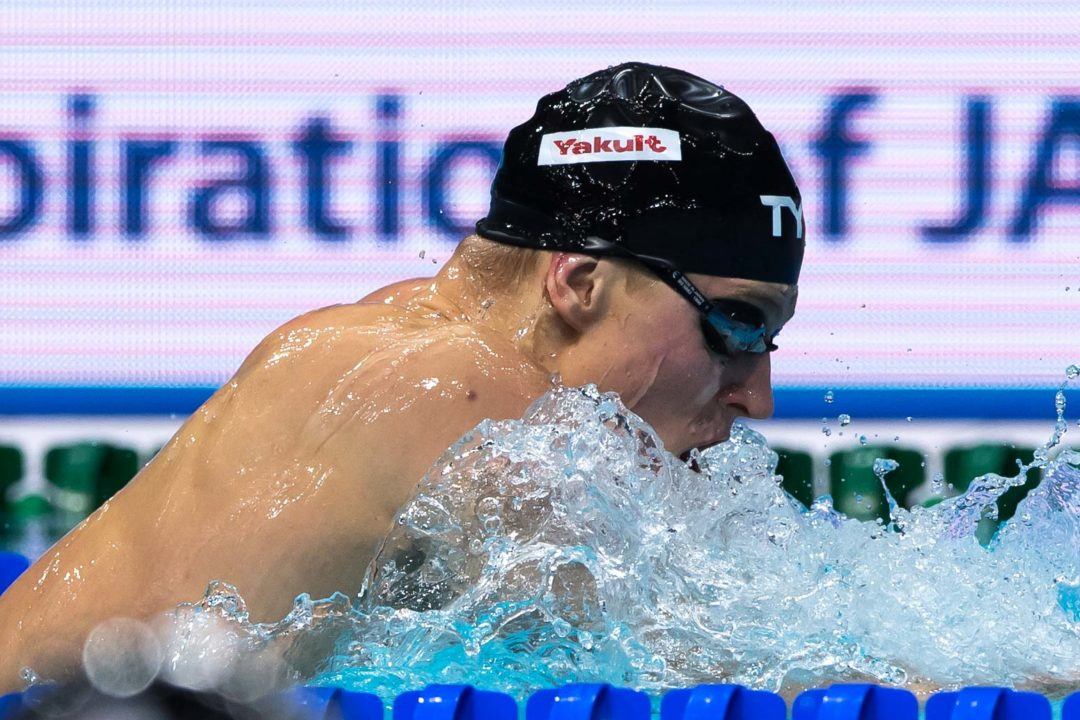 Mark Szaranek was among the competitors vying for the Scottish National Team Championships title today in Glasgow, with the former Gator taking the 100m IM. Archive photo via Mike Lewis/Ola Vista Photography

The 2019 Scottish National Team Championships took place over 2 sessions today, Saturday, September 21st, with a unique format put in play for the senior ranks of the multi-age competition.

Three distinct teams included Scottish athletes selected by the Scottish Swimming Performance Director, Ally Whike, and National Coach, Alan Lynn, on the basis of their performances across all UK. The trio of senior squads included 8 men and 8 women each, which were distributed randomly from the pre-selected swimmers.

The coaches of the 3 squads included Matt Trodden from the University of Edinburgh, Patrick Miley of Aberdeen and Ian Wright of City of Glasgow.

Olympic medalist and medley relay world champion Duncan Scott was set to be a part of Team Wright, but pulled out shortly before the meet citing ‘he was unwell.’

Below is a break-down of how the team members shook out:

When all was said and done, the Trodden team took the top prize, edging out Team Wright and Team Miley. Points were calculated as 12 points for 1st place, 8 points for 2nd place and 4 points for 3rd. Swimmers were restricted to a maximum of 2 relay and 2 individual swims.

Below are highlights of the day’s results: