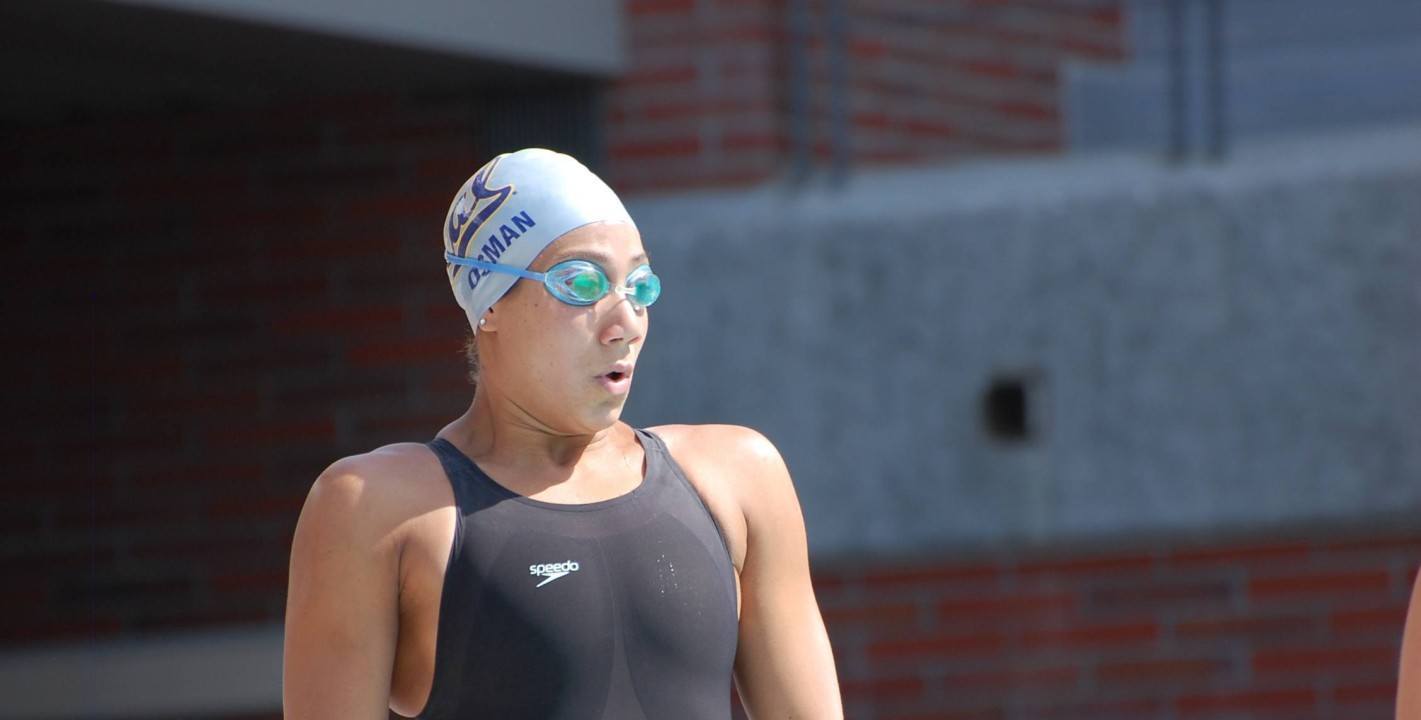 Farida Osman has helped lead the Egyptian team to breaking more national records than any other Worlds team. Current photo via Anne Lepesant

The Egyptian swimmers are on fire this week at FINA World Championships in Kazan. Their team has set eight national records over the course of the meet, more than any other country.

The records are spread out among seven different swimmers on the team, which shows Team Egypt’s range of talent and depth.

The first two records came back on day one, as Farida Osman (who you may recognize from Cal Berkeley) shattered her own national record of 59.31 by swimming 58.48 in the prelims of the 100 fly. Then, she came back for a second record in the same event in a swim off, lowering the mark to 58.22. Overall, she improved by almost a second.

Also in the day one prelims, Akram Ahmed, a swimmer who also represents the University of South Carolina, took down his teammate Marwan El Kamash’s record in the 400 free, swimming a 3:50.10. Later that day, he destroyed the 800 free national record, dropping four and a half seconds from 7:54.29 to 7:49.83 and placing 9th overall in the event.

The final Egyptian record (so far) came in the 400 free relay, where Omar Eid, Hussein, Marwan El Kamash of the University of South Carolina, and Ali Khalafalla of Indiana University teamed up to crush the old record of 3:24.96 by over four seconds, touching the wall in 3:20.59.

While Egypt’s national records overall may not be quite as fast as, say, China’s or Great Britain’s, it is still absolutely remarkable that they have been able to send such a large contingent to Worlds and then all swim the best swims of their lives. A lot of smaller countries with softer record books don’t have very many swimmers qualify for Worlds. Egyptian swimmers have been able to both qualify for the fastest meet in the world and then peak again at the right time.

(Note: mixed relay records not included in above record rankings).

It’s fixed. Sorry about that, and thank you!

Great results for them and getting background in NCAAswimmjng I’msure helping them. The knocks on over postings Lon some of US swimmers doing NCAA are off base. They enjoy knocking SC. You swim both. The difference is exaggerated. There is more to being ready. Show a complete diary on every swimmer since team was picked on everything done day all 24 hours which don’t exsist.. US will be right there next year.

Who is their team coach at this meet?