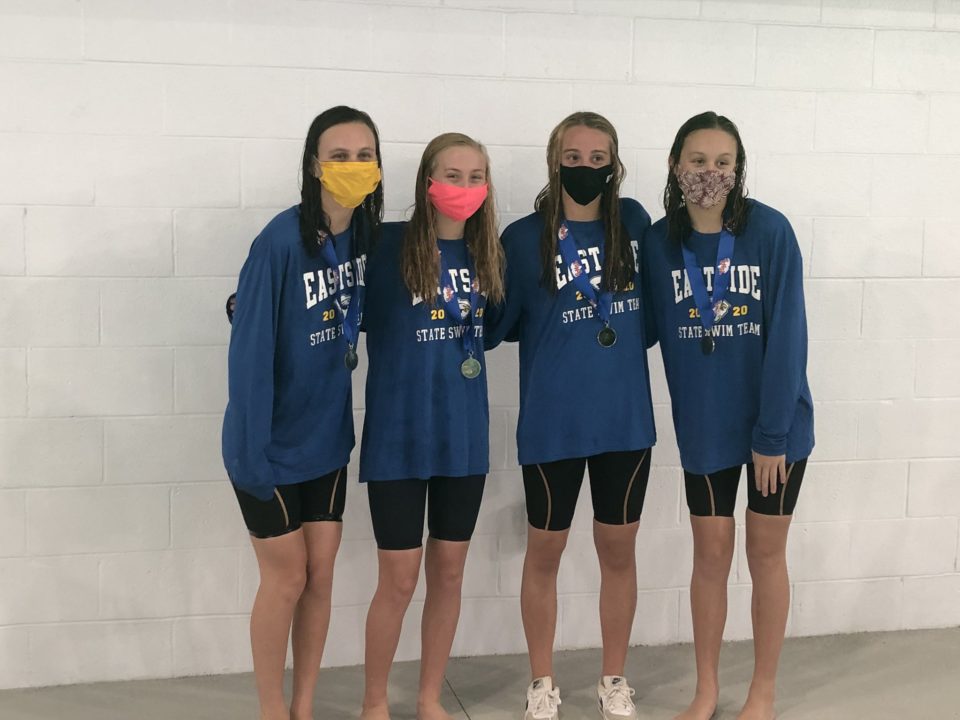 Schools competing in the SCHSL’s 4A division fall between the 3A and 5A schools in terms of size under the reclassification that was based on enrollment numbers as of mid-2019.

In the team battle, the defending state champions, Eastside High School, once again emerged victorious with a total of 398 points. Hilton Head Island came in the runner-up position, finishing with 258 points, also repeating their finish from last year.

The school’s first victory came in the 200 IM, where freshman Hayden Penny cruised past the field to touch in a final time of 2:04.28. With this, she beat the rest of the field by over 7 seconds and dropped 2.5 seconds from her seed time.

Penny got Eastside’s second win in her other individual event, the 500 freestyle, where she swam to a final time of 5:00.84 to claim the victory.

Immediately after Penny’s 500 freestyle, Eastside captured its first relay win of the day, posting the top time in the 200 freestyle relay. The team of Laila Harvey, Grace Fowler, Lauren Adams, and Ella Penny combined to finish in a time of 1:39.94 in a tight battle against May River, who finished in second with a time of 1:40.45.

Eastside finished out the day with its final victory in the 400 freestyle relay, where the team of Adams, Eva Kelly Tzouvelekas, Ella Penny, and Hayden Penny touched about 6 seconds ahead of the field in a time of 3:31.98. Notably, Hayden Penny anchored that relay in 51.39, showing impressive range considering she had just won the longest race of the day a few minutes before.