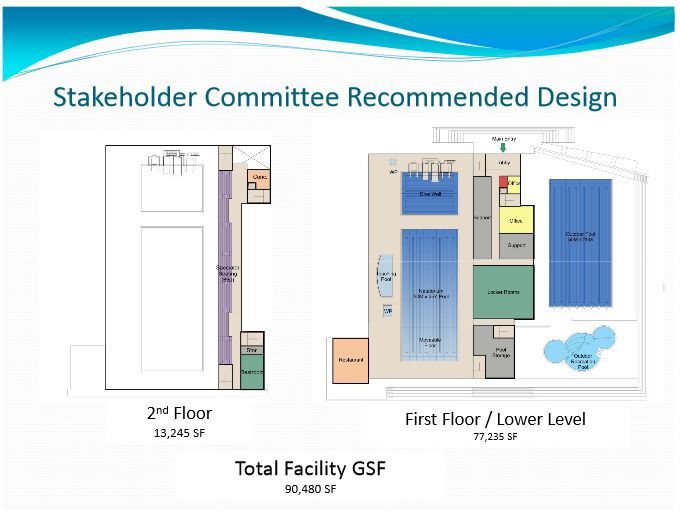 Plans for the new and improved Belmont Pool in Long Beach California have surfaced, after the city revealed preliminary designs at a community meeting earlier this week. Current photo via City of Long Beach

Plans for the new and improved Belmont Pool in Long Beach California have surfaced, after the city revealed preliminary designs at a community meeting earlier this week.

The city emphasized that its plans are very flexible as community members and stakeholders continue to weigh in, but here’s a quick run-down of the early features based on the designs revealed at Wednesday’s meeting:

The Belmont Pool has been a big part of USA Swimming history, hosting the 1968 and 1976 U.S. Olympic Trials along with multiple NCAA and college conference championships. The beachside pool had grown old, though, and was closed down last year due to some structural deficiencies.

The project is estimated to cost $99 million based on the current plans. That money is coming from the Tidelands Capital Funding, which is specifically designated to improving the coastline. That means the pool project can’t be strictly an aquatic facility.

“The pool can’t just be a pool,” Deputy City Manager Tom Modica said in the Long Beach Post. “It needs to enhance the beach.”

Because of that, the project also includes features around the pool such as a restaurant and a banquet hall, per the Long Beach Press Telegram.

The current plans are below: 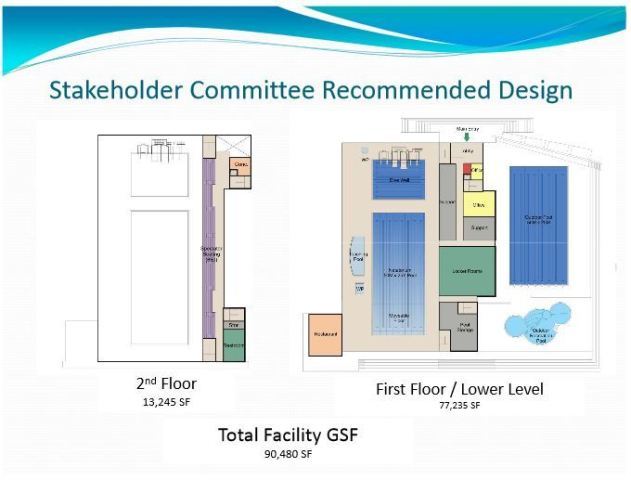 Courtesy of the City of Long Beach.

The city published its full presentation from the community meeting on its website; the plans above are the final slide. You can view the full slideshow here.

The pools would be positioned perpendicular to the beach, so each lane would run straight down towards the shoreline. The new pool facility is also set to be raised up 7 feet, which was one of the more contentious points of the meeting.

Organizers plan to raise the pool both to give the facility a better view of the shoreline and to guard against rising tides eventually running into the pool facility. On the other hand, developers of the retail facilities next to the pool argued that raising the facility (and making customers climb stairs to use the new retail facilities) would keep people from using the new retail space and hurt the city’s economy. Both the Long Beach Post and the Long Beach Press Telegraph reported that conflict.

The city will continue gathering information and opinions on its plans while the old facility is being demolished. Demolition is scheduled to start in mid-October. More information is available on the city’s website here.

My only concern is the seating for fans/spectators. The plans are beautiful. I am excited beyond words for this to begin and finally reach a completion.

Wow, I agree! Spectacular! With a banquet hall nextdoor you could even combine a meet with an awards dinner! If there were enough seating, which I suppose is unlikely, it would have been a great place to hold Pan Pac’s this year!

Very exciting. Outdoor 50m on the beach? Yes yes yes. I’ve been told that having big polo games back at Belmont is a consideration, and like the above poster, I hope that the design is spectator friendly.