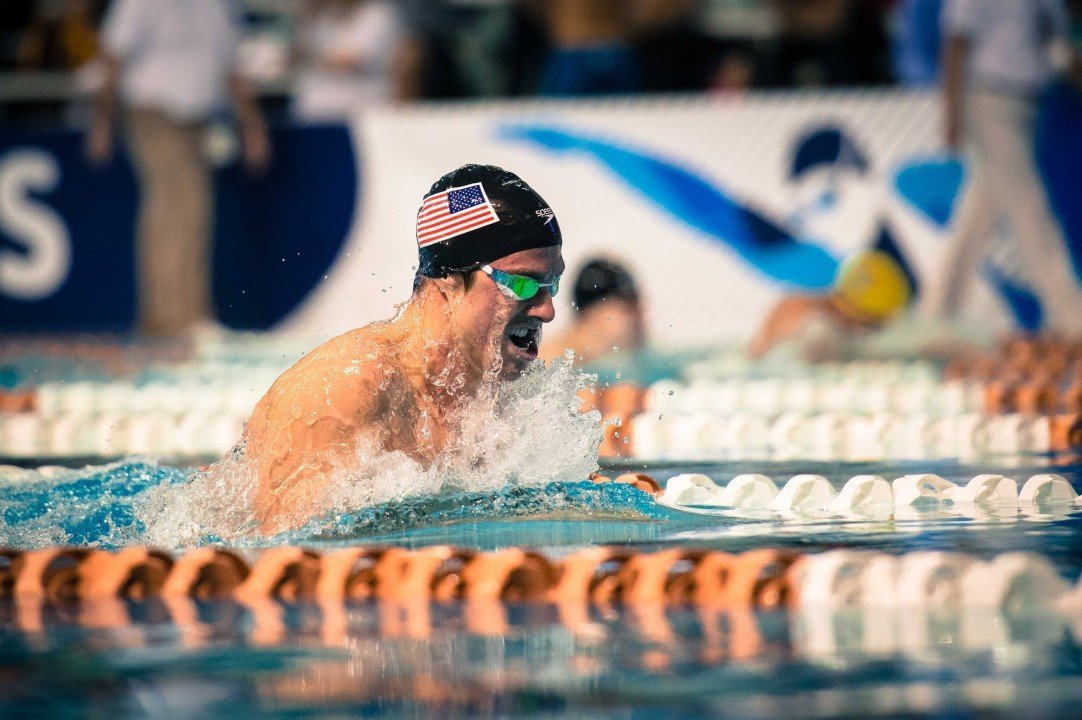 After the Austin stop of the Arena Pro Swim Series, we have a new leader on the men's side: Conor Dwyer. Current photo via Mike Lewis/Ola Vista Photography

After the Austin stop of the Arena Pro Swim Series, we have a new leader on the men’s side: Conor Dwyer.

Dwyer put up 16 points on the men’s side to rocket past previous leader Tyler Clary. Those 16 came on two wins and two second-places for Dwyer, who won last year’s series, then known as the Grand Prix.

Clary still sits second, 6 points back of Dwyer, but had a rough outing in Austin. Clary only earned three points, and that came on a runner-up finish in the 400 IM.

The big winner of Austin was Katie Ledecky, who won 4 events and rolled up 20 points over the three-day meet. Ledecky swept every freestyle race but the 50, and rockets herself into the Pro Swim Series points hunt. She’s currently second overall.

The women’s leader is still Elizabeth Beisel, who did plenty to stay on top in Austin. Beisel has 33.5 points to Ledecky’s 20, and earned 12 of those points this weekend.

Below we have a look at the top point- and money-earners from the Austin meet, as well as the running totals for the Pro Swim Series. The series continues through June with stops in Orlando, Florida; Charlotte, North Carolina; Mesa, Arizona; and Santa Clara, California.

The overall male and female winner of the series will earn a $10,000 bonus, and the top eligible finishers in each gender will win a 1-year lease of a BMW.

*Note: swimmers competing in high school or college, or who plan to one day swim in college, have to comply with amateurism rules regarding how much money they can accept. These lists track money earned, not neccessarily money accepted. Amateur athletes are denoted with an “A.”