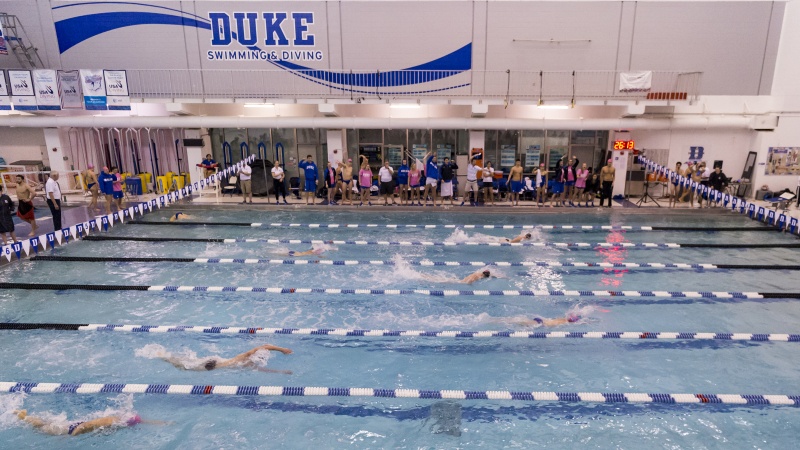 Junior diver Nathaniel Hernandez was recognized as the ACC Men’s Diver for the second time this season Monday while senior Mackenzie Willborn was named the ACC Women’s Diver of the Week and junior Miles Williams took home ACC Men’s Swimmer of the Week honors following a successful trip for Duke to the Tennessee Invitational. Current photo via Duke Athletics

DURHAM, N.C. – Junior diver Nathaniel Hernandez was recognized as the ACC Men’s Diver for the second time this season Monday while senior Mackenzie Willborn was named the ACC Women’s Diver of the Week and junior Miles Williams took home ACC Men’s Swimmer of the Week honors following a successful trip for Duke to the Tennessee Invitational.

Willborn and the 16th-ranked Blue Devil women finished second out of six teams over the course of three days of action in Knoxville, Tenn., while Hernandez, Williams and the Duke men were third in the final team standings.

After receiving ACC Men’s Diver of the Week recognition Nov. 12 for his performance at the ACC/Big Ten Challenge, Hernandez was once again recognized following a strong showing at Tennessee. The Southlake, Texas native surpassed NCAA Zone Diving standards in all three events, finishing second on the platform, third on the three-meter board and fifth in the one-meter competition. His award of 380.45 on the platform marked a career best and was good for the second-highest score in program history.

Willborn wrapped up the weekend as Duke’s top finisher in two of the three women’s diving events in Knoxville. She opened the meet by claiming the three-meter competition and was second in Saturday’s platform competition, leading the Blue Devil women in a sweep of spots two through five. Willborn was also third on the one-meter springboard as the Duke women took places two through seven in another impressive outing.

Williams turned in top-five finishes in three individual events over the weekend and swam on all five Duke relays, helping guide the 400 and 800 freestyle and 200 medley relays to second-place finishes. His leadoff split of 19.64 on the Blue Devils’ 200 freestyle relay on the opening day of competition ranked him second on the all-time performance list. He also helped the 200 medley (1:25.55) and 400 freestyle (2:54.13) relays notch the second-fastest marks in school history.