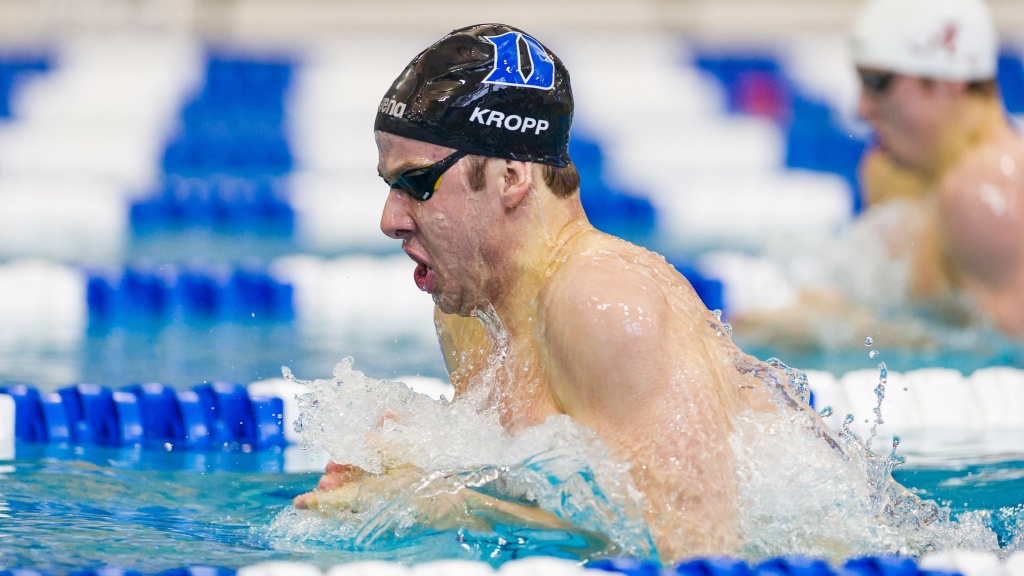 The Blue Devil swimming and diving squads welcome a pair of top-20 Virginia teams Friday for the program’s regular season home finale in Taishoff Aquatics Pavilion. Duke will honor its 18-member senior class prior to the start of the 5 p.m. dual meet.

Last Time Out
Last Saturday saw the Blue Devils kick off the spring portion of their season with a pair of victories over SEC foe South Carolina. The women’s team came away with a 167-133 win and the men topped the Gamecocks, 160.5-139.5, in a dual that came down to the final event of the meet. The victories moved both Duke squads to 5-1 on the season entering Friday’s competition.

Rusch Collects RMHC Weekly Honors
Rusch was selected the Ronald McDonald House Charities Duke Student-Athlete of the Week Wednesday for her performance in the win over the Gamecocks. The senior captain started off the meet by anchoring Duke’s 200-yard medley relay to a first-place finish and Taishoff record. She then swept the women’s sprint freestyle events, coming in under the NCAA provisional standard in the 50 freestyle at 22.88.

Duke Women Move Up in CSCAA Poll
Following the dual meet victory over South Carolina, the Blue Devil women jumped one spot to No. 22 in Wednesday’s national rankings, released by the College Swimming Coaches Association of America (CSCAA).

The women’s team was one of six from the ACC to appear in the latest poll, with Virginia leading the way at No. 5. NC State (9), Louisville (10), Virginia Tech (t-22) and Florida State (t-25) were also represented from the conference.

Scouting the Cavaliers
The Virginia women enter the weekend undefeated at 4-0 (2-0 ACC) while the 13th-ranked men’s team boasts a mark of 3-1 (2-0 ACC). Both Cavalier squads swept Virginia Tech last weekend in Charlottesville.

How many dolphin kicks will Kropp take? Over/under 4