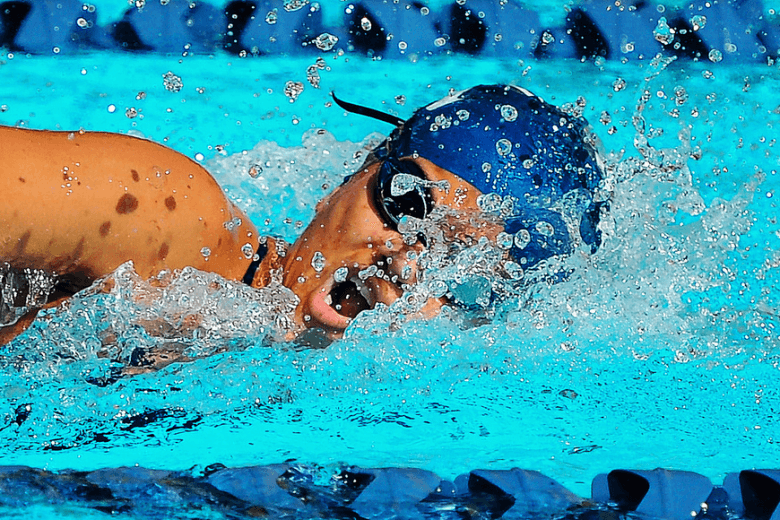 Duke will conclude their regular season at home against the UNC Tar Heels. Stock photo via James Hilton

DURHAM, N.C. – The Duke men’s and women’s swimming and diving teams conclude regular season dual meet action Saturday, Feb. 1 at 11 a.m., hosting Tobacco Road rival North Carolina at Taishoff Aquatic Pavilion. Live video and live results will be available for the meet. In addition, the Blue Devils will honor their nine seniors at 10:45 a.m., prior to the start of the meet.

Duke hosted a pair of dual meets at Taishoff last weekend, welcoming Virginia’s nationally-ranked men’s and women’s teams Friday, Jan. 24 and the Richmond women Saturday, Jan. 25 … The Blue Devil men held a narrow 65-63 lead over the 20th-ranked Cavaliers at the first diving break but ultimately fell by a 178-119 margin … On the women’s side, Duke suffered a 187.5-98.5 setback to ninth-ranked Virginia … The men’s 400-yard medley relay and the women’s 200 freestyle relay both out-touched the Cavaliers for wins … Senior Hunter Knight won the men’s 100 breaststroke and senior Lauren Weaver and freshman James Peek swept the 50 freestyle events … Senior diver Nick McCrory broke his own pool record on the 3-meter board en route to winning both springboard events … The Blue Devil women followed up that performance with a 160-131 over the Spiders Saturday, winning eight individual events and both relays.

The 16th-ranked North Carolina men are 4-1 and the ninth-ranked women 3-2 heading into a Friday night ACC meet against NC State in Chapel Hill … Last weekend’s action saw the men’s squad top Virginia by a 154-145 score and the women fall to the Cavaliers, 152-146, in a tightly-contested meet … Logan Heck was tabbed the ACC Male Swimmer of the Week after claiming the sprint free events and competing on the winning 200 medley and 400 freestyle relays … Teammate Jack Nyquist captured ACC Male Diver of the Week honors, as his win on the 3-meter springboard aided the Tar Heels’ comeback against Virginia … Nyquist owns the second-best 3-meter score this season in the conference, following only Duke’s Nick McCrory … On the women’s side, Stephanie Peacock paces the ACC in the 1,000 (9:38.14) and 1,650 (15:49.11) freestyle while Meredith Hoover is the conference leader in the 200 butterfly (1:55.44) … The Tar Heel women have also posted the fastest times of the year in the 200 and 400 freestyle relay events.

Both Blue Devil squads fell to North Carolina in last year’s meeting at Koury Natatorium, but Duke had a number of individual highlights … Hunter Knight and Christine Wixted swept the men’s and women’s 100 and 200 breaststroke events … The Duke women edged North Carolina in the first event, the 200 medley relay … Nick McCrory led the Blue Devil diving corps with wins on both springboards and Kendall McClenney took first in the women’s 1-meter event for the first individual win of her career.

Duke will honor its nine-member senior class prior to the start of Saturday’s ACC dual meet … Jonathan Derlath, Tyler Fleming, Kelly Hagerty, Hunter Knight, Eneka Lamb, Tricia Leeson, Nick McCrory, Lauren Weaver and Christine Wixted will all be recognized for their contributions to the program over the past four years.

“The approach this weekend is very similar to the Virginia meet in that these are two of the top programs in the ACC and who we are going to be competing against in a few weeks at ACCs,” said head coach Dan Colella. “We’re going to stand up and race and compete as hard as we can … We’re excited to celebrate all that the seniors have contributed over the past four years. They’ve been a big part of the development of this program. We want to thank them and send them out in style.”

Senior Christine Wixted currently ranks third in the ACC and is tied for 13th in the country with her 100 breaststroke time of 1:00.27 at the Nike Cup … She also is fourth in the conference and 18th nationally at the 200-yard distance (2:10.10)… Fellow senior Hunter Knight is among the top 40 male swimmers nationally in the 100 breaststroke (54.19) … The women’s 200 freestyle relay of senior Lauren Weaver, senior Christine Wixted, freshman Maddie Rusch and sophomore Chelsea Ye ranks fifth in the ACC with a mark of 1:32.18 … Rusch is also second in the conference and 33rd nationally in the 50 freestyle at 22.61 … In diving, senior Nick McCrory paces the conference on all three disciplines.