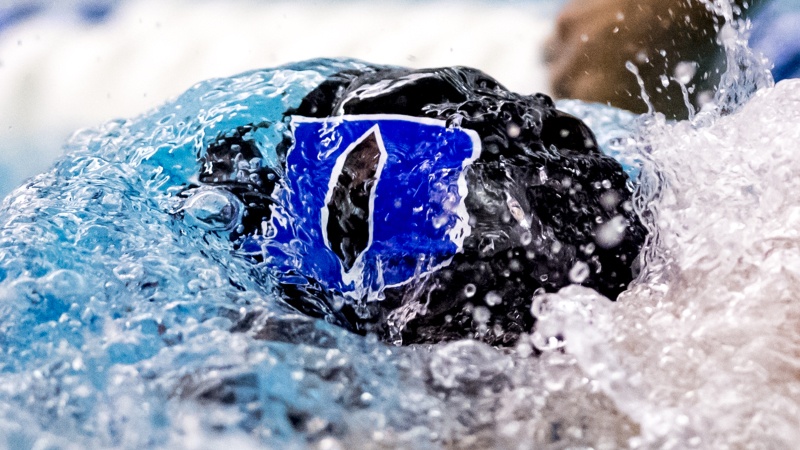 DURHAM, N.C. – Duke head coach Dan Colella and the Duke Swimming and Diving team announced the naming of six team captains for the 2019-20 season yesterday. Seniors Alyssa Marsh, Suzanne Dolan and junior Connie Dean will serve as captains for the women’s side as seniors Sheldon Boboff, Nathaniel Hernandez and junior Nathaniel Hartley will be the men’s.

“We have a great group to help build our culture,” Colella said. “One of the challenging things with having an amazing season last year is how we make the experience even better. The captains have great insight into the culture of our team and how we can continue to make the student-athletes hungry for success and build our program.”

Each year, the captains are voted for by their teammates after the season has wrapped up in the spring. The captains then spend the summer assisting the coaches with planning for the next season. Traditionally, Duke Swimming and Diving has had three captains of each gender, with two being seniors and one being a non-senior.

Meet the Captains:
Connie Dean comes off a solid sophomore season for the Blue Devils. The Maidenhead, United Kingdom native claimed the 200 breaststroke against Queens and William & Mary, at the Big Al Invitational and at the season opener at Virginia Tech. In addition, Dean was a member of the 400 medley relay that clocked the second-fastest mark in school history (3:36.85) at the Tennessee Invitational.

Suzanne Dolan enters her last season of eligibility for Duke. The Arlington, Va., native, clocked a career-best mark of 23.56 in the 50 freestyle preliminaries at the Tennessee Invitational, her first meet back from injury.  In addition, she sported another career best by finishing 24th in the 100 breaststroke finals (1:04.07) at the same meet. The ACC Academic Honor Roll member was also a member of the winning 200 medley relay in the meet against Queens & William and Mary.

Nathaniel Hartley enters his junior year off a stellar sophomore season in the pool. The NCAA Championships qualifier finished in 19th-place in the 100 backstroke with a time of 47.35, placing him third on Duke’s all-time top 10. Hartley swam as a member of the school record-breaking 200 and 800 freestyle relays at the ACC Championships. The Lake Wylie, S.C., native, was also a member of the 400 freestyle relay team that clocked the second-fastest mark in program history. Out of the pool, Hartley participated in the Rubenstein-Bing Student Athlete Civic Engagement Program, a collaborative service initiative between Duke and Stanford, during the summer of 2019.

Nathaniel Hernandez continues his time at Duke coming off the best season of his career. The Southlake, Texas native was named First Team All-America on the one-meter boards at the 2019 NCAA Championships with an eighth place finish. He was the third Duke diver, along with Nick McCrory and John C. Connor, to earn First Team All-America honors. Hernandez competed at the NCAAs for the third-consecutive year. The CSCAA Scholar All-America First Team member was a two-time ACC Men’s Diver of the Week award winner during the season. Hernandez wrapped up his season given the Most Outstanding Performance award for his showing at the NCAA Championships at the team’s annual awards banquet.

Back Again:
The captaincy will be a familiar position for two of the 2019-20 captains as Hernandez and Marsh served as captains last year during the 2018-19 season, both of their junior years. Marsh was also captain as a sophomore, a rare occurrence that speaks highly of her as a teammate.

Unprecedented Success:
The Duke Swimming and Diving Program saw unprecedented success during the 2018-19 season, particularly in the post-season. By sending 14 student-athletes to the 2019 NCAA Championships, the Blue Devils’ set a school record for the most qualifiers in a single season. Those 14 representatives of the Duke program earned All-America honors in three individual events and three relays. The women’s 200 freestyle relay that competed was the first relay to score at the NCAA Championships in Duke history. The 2018-19 team collectively set 20 school records, including nine relay records.

Up Next:
Duke beings the season on the road as it travels to Tallahassee, Fla., on Saturday, Oct. 12 for the first meet of the year. The Blue Devils will face two familiar Atlantic Coast Conference foes in the tri-meet, host Florida State and Virginia Tech. The meet will start at 10 a.m.

Two weeks later, the Duke Blue and White will return to Durham for its home opener as it plays host to the Georgia Bulldogs on Oct. 26 at 11 a.m.

This is getting to be silly. Now, these teams are going to need a higher ranking member to oversee all the damn captains…