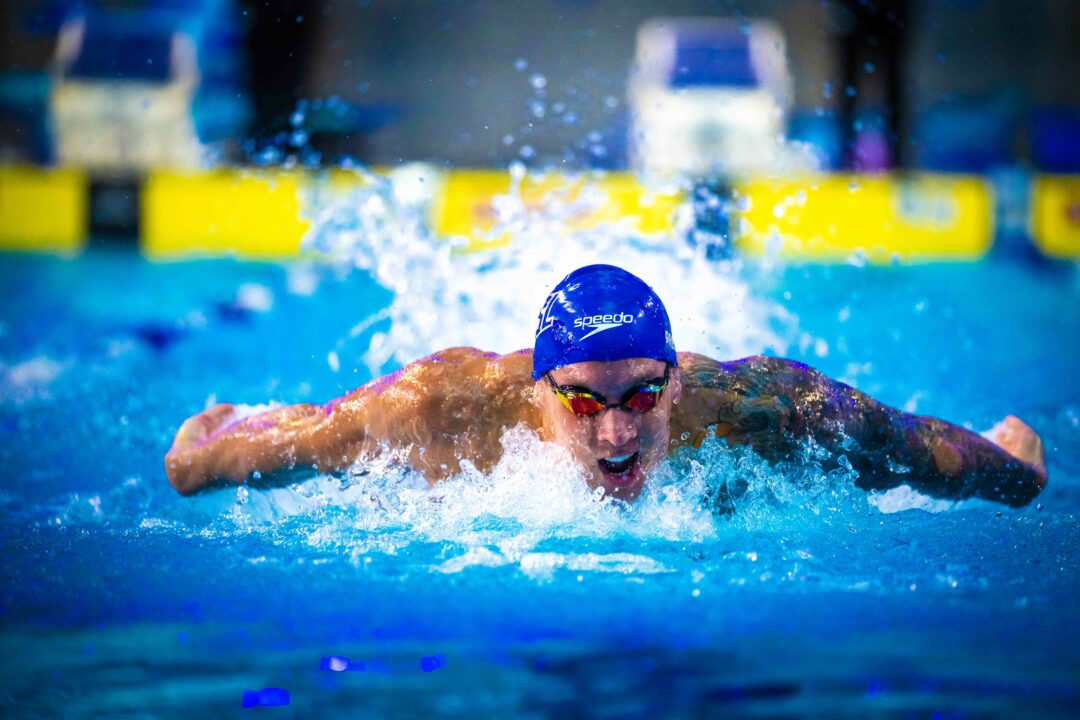 Dressel is entered in the men's 100 IM on Day 2, but will not swim either the 100 free or 50 fly. Instead, he'll take on the butterfly skins. Archive photo via Mike Lewis/Ola Vista Photography

The start lists for the final day of competition in the 2021 International Swimming League season have been released, and Cali’s Caeleb Dressel is notably missing from two of his best events.

Dressel is entered in the men’s 100 IM on Day 2, but will not swim either the 100 free or 50 fly, robbing us of the highly-anticipated showdown with London’s Kyle Chalmers in the former.

Dressel swam all three of those events at the 2020 ISL Final, winning them all while setting a world record in the 100 IM.

However, the 2020 League MVP will race the men’s butterfly skins at the end of the session, where the team race could very well be decided.

Other noteworthy tidbits from the entries include the fact that London continues to be without Kira Toussaint, who told SwimSwam she was dealing with a non-COVID-related illness on Friday.

In Toussaint’s absence, fly/free specialist Emma McKeon stepped in and swam the 50 back for London on Day 1—where she got jackpotted—and will fill in once again on Saturday as the Aussie is entered to swim both the individual 100 back and the women’s backstroke skins.

Energy Standard, the club that selected backstroke for the women’s skins, will notably use Simona Kubova over Anastasiya Shkurdai in the event, while the Condors are opting to use Olivia Smoliga and Beata Nelson, leaving off Maaike de Waard.

Shkurdai and de Waard notably finished second and third in the individual 50 back yesterday, and de Waard also has a BK skins win under her belt from the first playoff match.

In the men’s butterfly skins, Dressel will race alongside fellow Condor Coleman Stewart, meaning the club’s two skins entries are different than the men who will race the individual 50 fly (José Ángel Martínez and Jesse Puts).

Maxime Rooney will also join Tom Shields in the skins for LA, with Kristian Gkolomeev swimming the individual 50 fly along with Shields.

Harvey is being used in the skins not Skurdai

Smart coaching….save him for relays and skins

He’s just not going to make the rematch happen, is he?