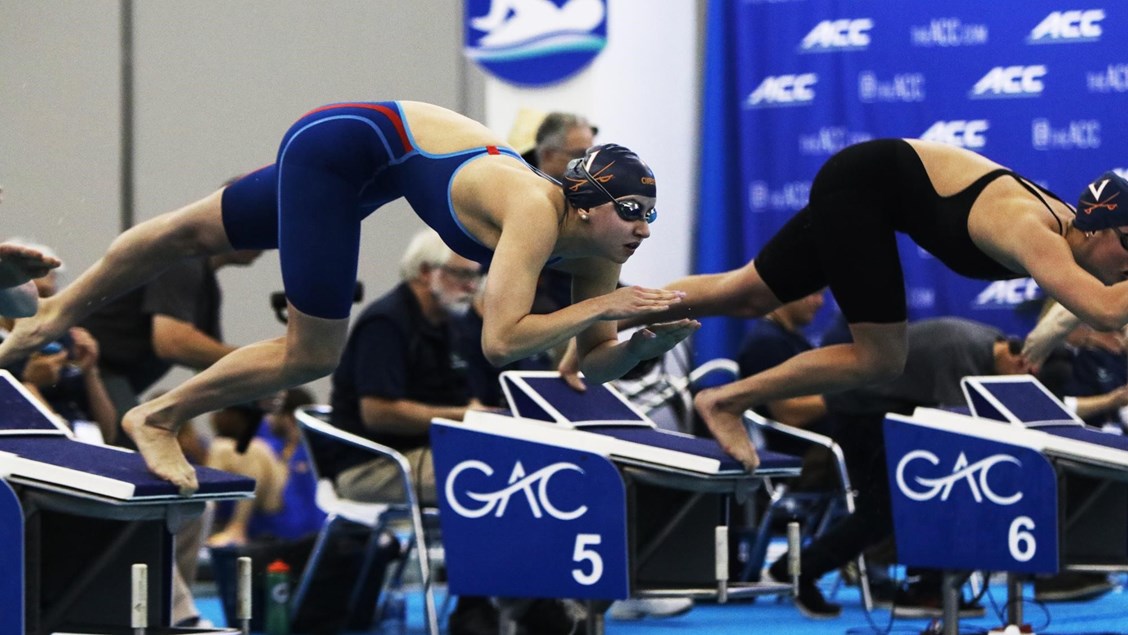 UVA continues to get some speedy intrasquad racing in before the Cavaliers embark on some away meets in the weeks to come. Archive photo via Courtesy: Virginia Athletics

While we’re slowly starting to see some dual or tri meets happening, the majority of competition so far this college season has taken the form of team intrasquad meets. This past weekend, the UVA Cavaliers suited up for an intrasquad, and while we didn’t see any swims quite as fast as what we saw at the Texas Invite, swimmers still threw down some pretty fast times in (mostly) non-traditional events.

The meet started with a barnburner of a 200 mixed medley class relay, as each class put together its own squad, and all four teams finished within 0.67s of each other.  Women led off on three of the four teams, and all three women touched between 24.24 and 24.27, a time that’d be competitive at NCAAs. Keefer Barnum had a strong 23.75 split on the breaststroke for the seniors, who ultimately won in 1:31.91. All three women who swam fly split between 23.72 and 23.85, while sophomore August Lamb had the fastest free split in the field with a 19.37.

After a bit more of a break, Douglass then won the 50 fly in 23.80, before wrapping up her day with a 52.81 in the 100 IM. USA Swimming doesn’t keep official records for the 100 IM, but no one else appears to have ever gone under 53, and her time was just a bit off of the 52.48 she recorded last month to become (unofficially) the fastest women ever in the event.

On the men’s side, the orange team won despite blue team reeling in three doubles. Sean Conway was the only double champion for orange with wins of 2:48.62 and 49.37 in the 300 and 100 IM events.

Kind of an Eddie Invite format.