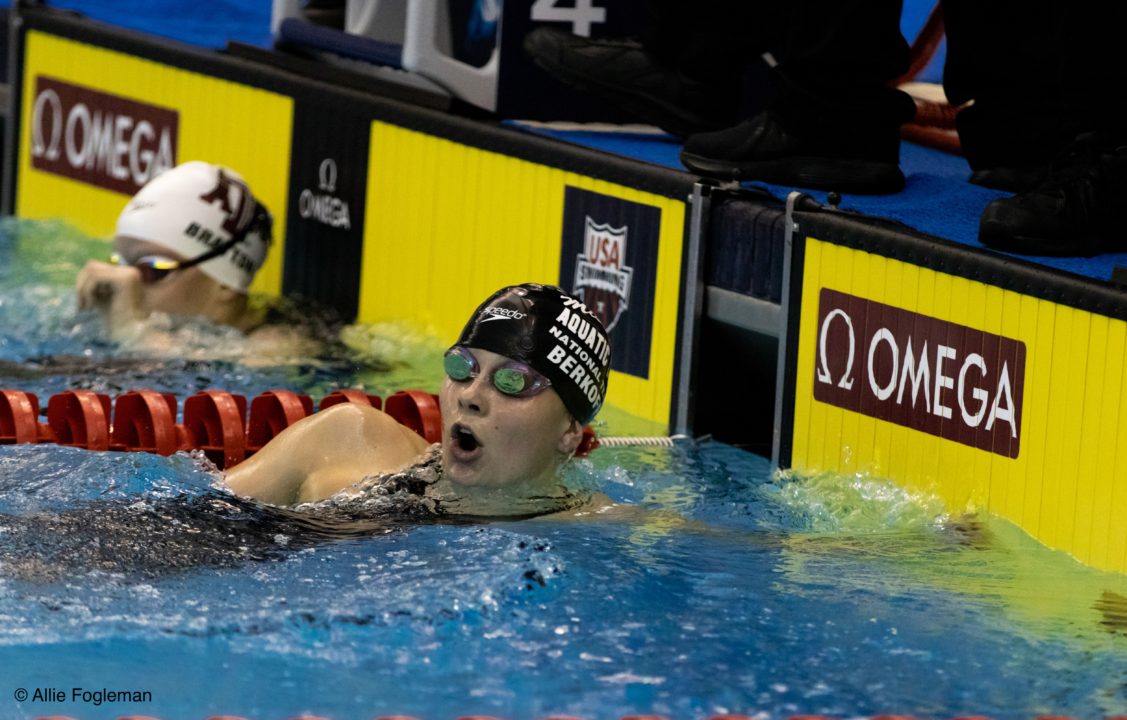 It’s been a night of plenty of super-fast swimming tonight at the ACC Women’s Championships, and two of the meet records went down without the new record-holders even setting personal bests.

In the first event of the night, the 100 fly, UVA sophomore Kate Douglass blasted a 49.96, a time which is just outside the top 25 performances ever, but was the first time a woman has cracked 50 seconds at the ACC Championships. The old mark of 50.06 was set by Louisville’s Kelsi Worrell in 2016. Worrell still holds the overall ACC Record of 49.43, which she set at the 2017 NCAA Championships. Douglass’ lifetime best in the event is a 49.73, which she set last December at the UT Double Dual Invite.

It was a similar story in the 100 back, where NC State sophomore Katharine Berkoff hit 50.45, taking down her meet record of 50.56 which she set this morning. Berkoff was within a hair of her lifetime best of 50.40 from December 2019, while the overall conference record is a 50.01, set by UVA’s Courtney Bartholomew in 2014. Berkoff will presumably have another shot at both records later this evening, assuming she’ll be leading off NC State’s 400 medley relay.