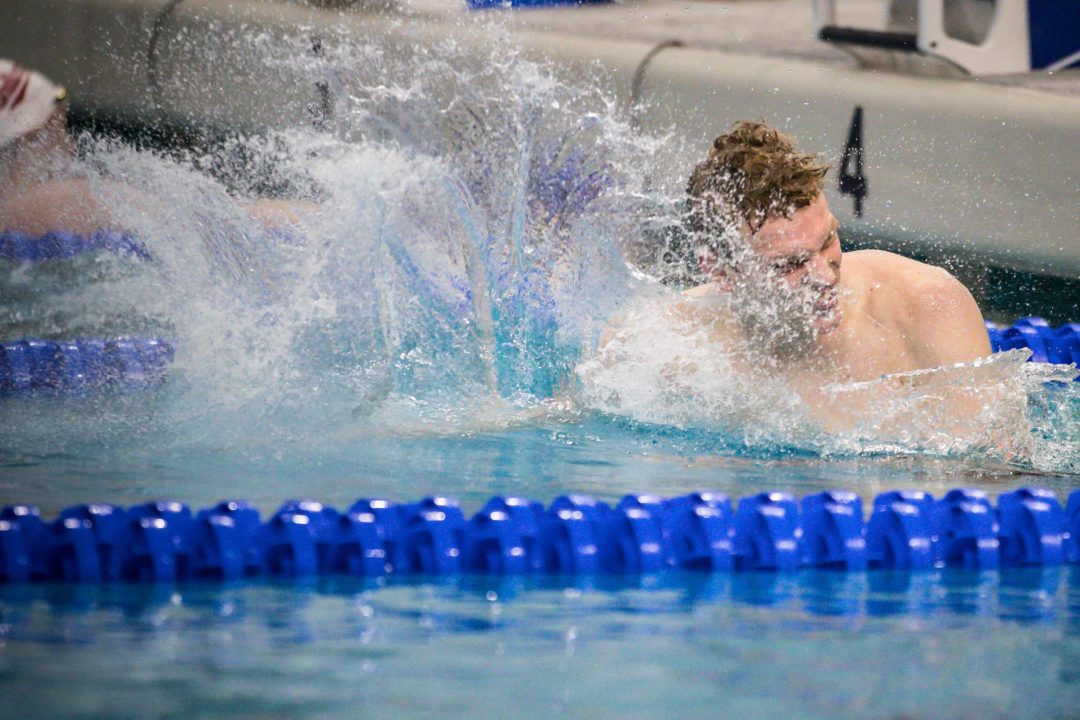 Twice in the past two weeks, Felix Auboeck has smashed a 3:45 in the 400 free, putting himself in the hunt for a rare Austrian Olympic swimming medal. Archive photo via Jack Spitser/Spitser Photography

Most recently, Auboeck went 3:45.60 at the Austrian Championships. That’s actually a tick slower than Auboeck was two weeks ago (3:45.00), but officially qualifies him for the Olympics, as the 4 Nations Meet two weeks ago was not an official Olympic qualifier.

Auboeck’s national record is a 3:44.19 from 2017. But his fast in-season swimming so far suggests he could be pushing for 3:43 range by next summer. That would put Auboeck into contention for an Olympic medal – something relatively rare for Austria’s swimming program.

Austria was a relative power more than a century ago, winning a swimming gold in 1896, plus four silvers and four bronzes between 1896 and 1912. But the nation didn’t win another Olympic swimming medal for 92 years until Rogan broke the drought in Athens.

Auboeck sits #3 in world ranks for this pandemic-affected season. Even in last year’s ranks, unaffected by pandemic, Auboeck would be #8 with his time from a few weeks ago.