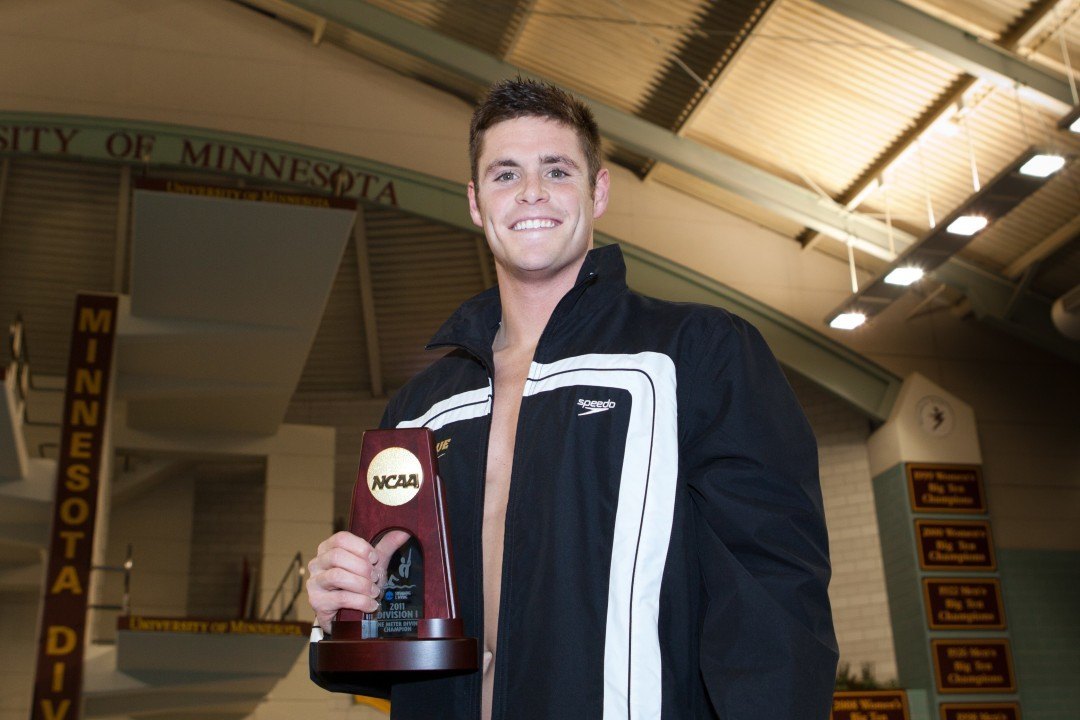 Boudia and Johnson dominated the 10-meter synchro contest with 950.46 points. Their reverse 3 ½ tuck in the prelims earned 100.98 points, having received 10s from seven of the 11 judges. They did the dive even better in the final, when nine judges awarded them 10s for 102 points. They also received eight 10s on their inward 3 ½ tuck and six 10s on their inward dive pike in the finals.

“I think having the combined Synchro Nationals and not having the seniors and juniors at separate events was great. It was really exciting to be alongside a 13-year-old who might look up to you, and hopefully I could encourage some of the younger divers. It was a really fun atmosphere to be in with all these people who love the sport,” said Boudia, the 2012 Olympic champion on platform. “This was a good start to the season for me and Steele. We were excited to dive as well as we did and qualify for the World Championships. We’ve got some work to do, but I think we’re in a great position.”

Johnston and Ryan finished the women’s 3-meter synchro finalwith 626.40 points over two lists of dives to earn the World Championships berth and the national title. They led by 15.9 after the preliminaries and extended their lead with a strong performance in the finals, with all three of their optional dives scoring more than 70 points. Their best dive came in round four, when their inward 2 ½ pike received 75.60 points.

“Today went really well. The score for our optionals on our second list was one of our highest ever, so that was a good showing for us and gives us a lot of confidence going into World Championships,” said Johnston, a 2012 Olympic silver medalist in synchronized 3-meter.

Johnston and Ryan finished fifth in a FINA Grand Prix meet in Mexico last week, and Ryan felt that meet helped prepare them for nationals.

“(Mexico) just gave us so much confidence coming in here. We knew our timing was perfect, so all we had to do was focus on our own dives. Mexico was essentially a whole week of training for us. I’m just so excited. It’s my first World Championships, and I’m pumped to have this opportunity,” Ryan said.

I remember watching boudia dive I’m middle school, he made it look so easy!

The Boudia & Johnson combo is an unstoppable Boiler locomotive!