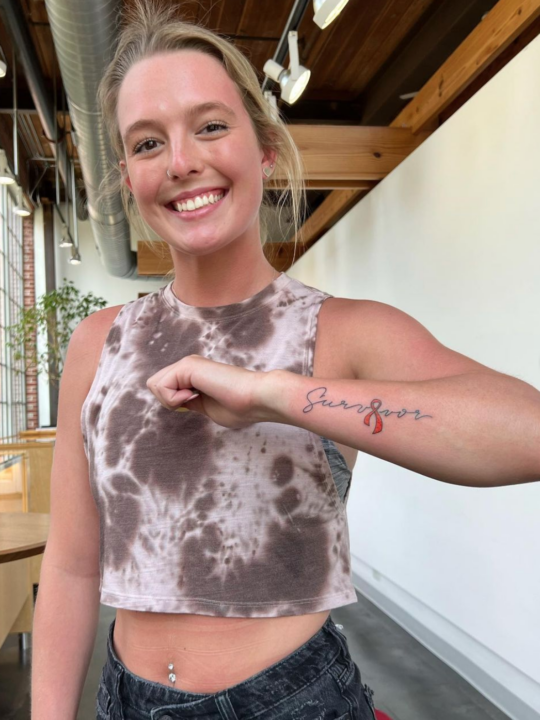 Grund qualified for NCAAs in her freshman, sophomore, and junior seasons at UNC. She medically redshirted this past season. Current photo via Emily Grund

Grund was a three-time USA Diving Junior National Champion as well as an NCAA Qualifier in all three of her first three seasons at UNC.

She was diagnosed with rare cancer, Acute Promyelocytic Leukemia (APL), back in September 2021. She received in-patient chemotherapy for 30 days and announced that she was in remission back in October 2021. She then later announced she was cancer-free in March 2022. Now, Grund has officially rang the bell as a cancer survivor.

Grund was a senior this past year at UNC, but she told SwimSwam that she “medically underloaded this year in school as well as took a medical redshirt so I could compete again next year.” This means that in addition to the COVID-19 wavier, Grund has two years of eligibility left. Grund is not sure yet if she plans on using both years, but she plans on competing again next year for UNC.

She also told SwimSwam that although she is not back practicing yet, she will be back soon as she “plan(s) on starting slowly at practice next week, hopefully fully back in the swing of things by June”.

Truly one of the most inspiring stories in the sport in recent years. Simply fantastic.

So happy for her! She is an asset to
UNC !