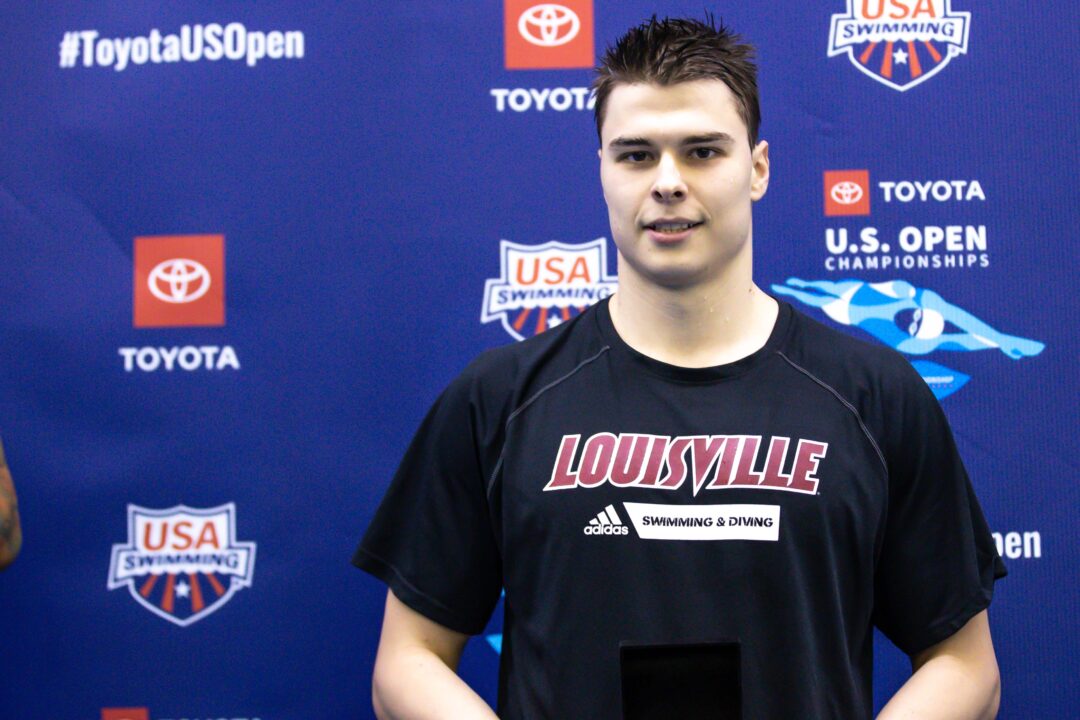 Kicking off the final night of the Indy Spring Cup was the 100 freestyle. Wining the event was Ohio State’s Kit Kat Zenick. Zennick won in a 55.92 just off of her best time of 55.92. Finishing right behind Zennick was 15 year old Alexandra Shackell of Carmel Swim Club who touched in a 55.95. That was a best time for Shackell as her previous best stood at 56.36. Touching in third was Indiana’s Anna Peplowski who touched in a 56.09.

Winning the men’s 100 free was Andrej Barna touching in a 49.21. Barna swam the event representing Serbia at the Tokyo Olympics swimming a time of 47.94 in semifinals there. Indiana’s Rafael Miroslaw was second in a 49.25 and Louisville’s Murilo Sartori was third in a 50.16.