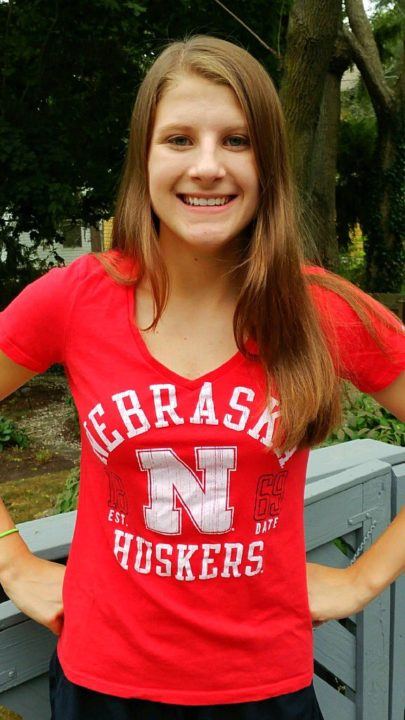 Academy Bullets distance freestyler Audrey Coffey has announced her verbal commitment to the University of Nebraska.

Excited to announce my verbal commitment to study and swim at University of Nebraska!! Go Big Red!

Coffey would’ve been 2nd on the Nebraska top times list in both the 1650 free and 200 fly. The leaders in both of those events, Kaylyn Flatt and Dana Posthuma, will be seniors when Coffey is a freshman.

Congrats Audry! So happy for you 🙂