Diggory Dillingham, The Fastest 50 Freestyler In The Class of 2023, Commits to USC 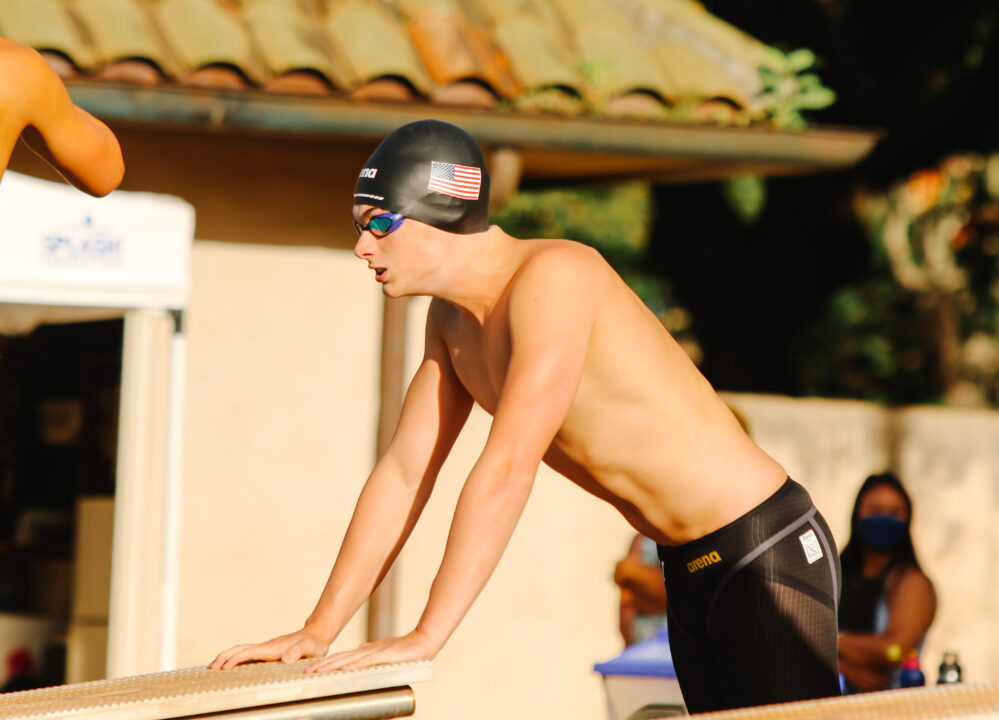 Dillingham will be a major boost to the USC men, who have lost several of their top swimmers to the transfer portal this past year. Archive photo via Jon Reiter

Diggory Dillingham, a 2022 Junior Pan Pacs team member and an honorable mention in SwimSwam’s high school class of 2023 recruit rankings, has committed to the University of Southern California. He will begin his college career in the 2024-25 NCAA season, taking a gap year to train for the 2024 Olympic trials. His best time of 19.52 in the 50 free makes him the fastest 50 freestyler in his class.

With Dillingham’s commitment, the #2 ranked Rex Maurer is now the only high-profile swimmer in the class of 2023 who has yet to make a verbal commitment. Ironically, Maurer is the son of Lea Maurer, who is currently the head coach at USC.

Dillingham currently resides in Bend, Oregon, where he swims for the Bend Swim Club, where his mother, Megan Oesting, is the head coach. He also attends Mountain View High School. However, he had a brief stint with SwimMAC Carolina in Charlotte, North Carolina from 2020-21, and prior to that swam for the Eastern Iowa Swimming Federation in Cedar Rapid, Iowa. In fact, Dillingham holds LSC records for at all three of the LSCs he’s competed in: Oregon Swimming, North Carolina Swimming, and Iowa Swimming.

In long course, Dillingham has also seen success, having finished second at the 2022 Junior Pan Pacific Championships in the 50 free. He swam a time of 22.50 at that meet, although his best time is a 22.48 from the 2022 U.S. International Team trials.

Dillingham lacks the versatility that many other top recruits have, considering that his 50 free is substantially better than his other events. That being said, he is going to make a huge impact for USC, a team that lost many of their best swimmers (Daniel Matheson, Victor Johansson, Alexei Sancov, to name a few, although Johansson and Sancov both graduated from USC) to the transfer portal this year. His 50 free time would make him the second-fastest on the team, whereas his 100 free time would be the third-fastest (based on the 2021-22 season best times of USC returners). In addition, his 50 free would also be just 0.01 seconds away from making the ‘A’ final at 2022 Pac-12s.

This year, USC is set to begin their first full season under head coach Lea Maurer, who was appointed to the position in April 2022.

Great get for USC, and Lea is doing fantastic things there. But ugh… a UCLA Swim alum sending her son to USC. Ouch! Bummer there’s no UCLA men’s team.

Son of a UCLA Alum choosing USC? That’s not an UGH but an upgrade! 😉
Kids of great athletes don’t always follow their parents. Think Trenton Julian whose parents (Jeff and Christine) were both USC All Americans. Trent’s first words were probably “Fight On”. But he chose to go to Cal. He could have chosen the Trojans but wanted to be part of a potential NC Team and got that with the Bears.

Second best name in swim behind poor Theodore Shi. His name always shows up on the boards as Shi T

And with a wave of the magic wand, SC is back from the dead.

He has USC ‘28 in his Instagram bio. Anyone sure of what year he begins?

Well he’s a junior I believe. So graduates during the ’23-’24 school year. Add 4 to that and you get ’28 anticipated graduation date.

I have to do the calculations every time there is a post.

Johansson and Sancov are grad transfers. They shouldn’t be categorized like a normal transfer.

Knowing usc’s Michigan-esque history of transfers, he will be gone in a year.

Of the 3 transfer portals individuals noted, 2 graduated from USC in ’22 and were looking for different 5th year experience and the other one was money driven. USC is definitely in a re-building mode on the Men’s team but they have great leadership now. So much potential. This is a great add! Fight On!