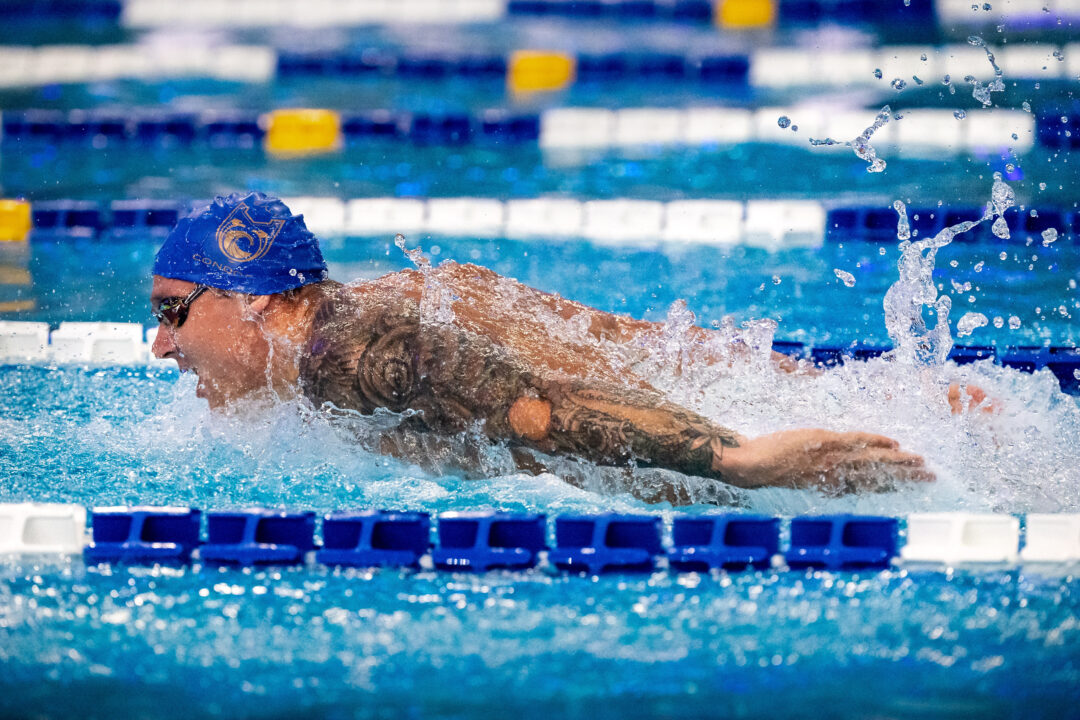 Dressel left for the remainder of the regular season following match 6, in order to rest and gear up for the playoffs. Current photo via Giorgio Scala / Deepbluemedia / Insidefoto

After last weekend’s ISL action, we now have just 3 more regular season matches this season. Following the regular season, there will be 6 playoff matches, and the season will conclude with the ISL Final in January. So, as we sit roughly halfway through the season, let’s take a look at where the MVP race currently stands.

Before we get into the standings, a couple of reminders. Firstly, ISL season MVP is a full season award, so these standings will continue updating all the way through the final. Secondly, MVP scoring works exactly the same as regular ISL scoring, with just one exception: swimmer’s only receive 50% of the normal skins points for the MVP standings.

Here are the top 10 in the MVP race through the first 8 matches of the season. A special thanks to SwimSwam’s Barry Revzin for providing the data in this table:

The reigning MVP, Caeleb Dressel, is leading through the first 8 matches. Dressel left for the remainder of the regular season following match 6, in order to rest and gear up for the playoffs. Due his departure, Dressel didn’t compete for Cali in match 7, meaning he’s leading in MVP points despite missing one of his team’s four regular season matches. So, when we take that in to consideration, and given that we expect to see him competing for the remainder of Cali’s matches into the playoffs, it seems like Dressel is on his way to another season MVP.

Cali Condors currently hold the 4 highest-scoring MVP candidates so far. It should be noted that this is largely due to Cali Condors having competed in the most matches of any team to this point. Both Cali and LA Current have already competed in 4 matches, while the other 8 teams have each competed in 3 matches.

Beata Nelson sits just 1 point behind Dressel, bit keep in mind that she’s competed in all 4 of the Condors’ matches. After a surprise return to the league before last weekend’s matches, Energy Standard’s Sarah Sjostrom could be the leading MVP candidate once all the regular season matches are over. Sjostrom has averaged 61.0 points through her first 3 matches. If she were to score her average during Match 9 this week, she would have 244.0 total MVP points.

Fellow Energy Standard swimmer Siobhan Haughey and Tokyo’s Daiya Seto aren’t far behind Sjostrom. If Haughey and Seto can put up another excellent performance in their 4th matches, they should be right around Dressel and Nelson in points as we head to the playoffs.

A swimmer who doesn’t currently make the top 10, but is just outside it as things stand now is Energy Standard’s Ilya Shymanovich. Shymanovich won Match 8 MVP, after winning all 5 of his races, including jackpot wins, and a national record.

Here is the cash bonus structure for finishing in the top 10 for season MVP:

The checks haven’t come in and cleared yet, so taking a break. 🙂

Chalmers mentioned in the Roar podcast that the final is looking like it’ll be moved from January to early December (between the playoffs and short course worlds) and be hosted in the UK.