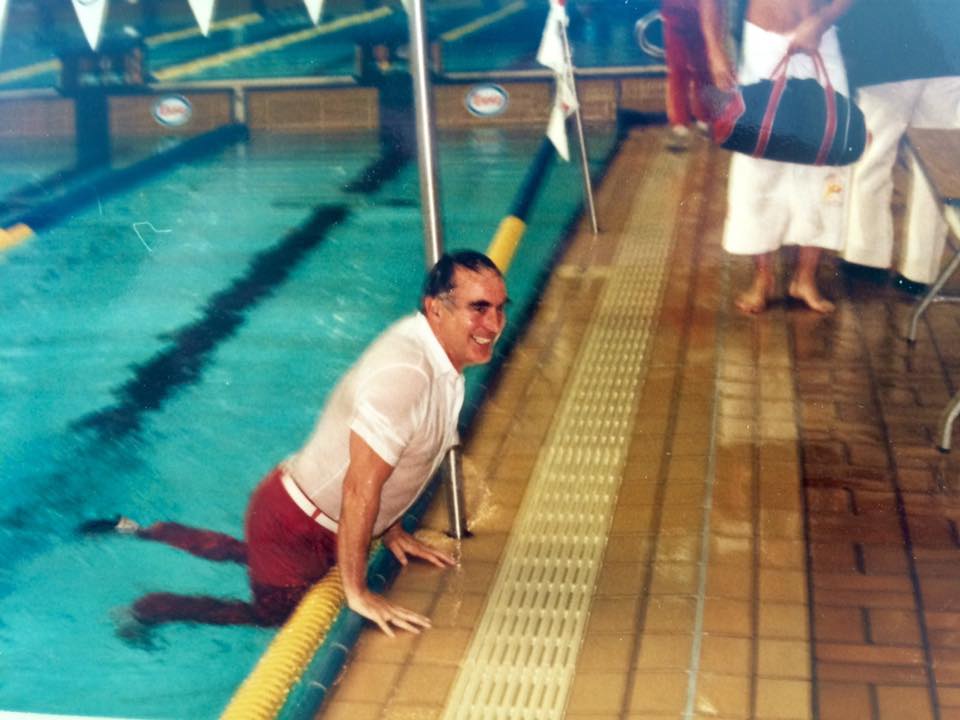 According to his daughter Leslie Snelling Scabar, he died as a result of pneumonia and congestive heart failure. The family plans to hold a Celebration of Life when COVID restrictions are lifted.

Snelling, a 1993 inductee into the International Swimming Hall of Fame, was a British national swimmer and English swimming champion in the 1950s.

In 1962, he founded the Southampton Swimming Club before matriculating to Canada, where he arguably performed his most famous work.

His most famous protege was Mark Tewksbury, who Snelling coached to gold in the 100 backstroke at the 1992 Olympic Games in Barcelona, Spain.

He also coached controversial Irish swimmer Michelle Smith for 3 months in the leadup to the 1988 Olympics. Eight years later, she won 3 gold and 1 bronze medal at the 1996 Olympic Games.

In Canada, he built programs that included the Canadian Dolphin Swim Club in Vancouver, the Etobicoke Swim Club in Toronto, and the University of Calgary Swim Club

Among achievements by his athletes:

He was named the Canadian Swim Coach of the Year in 1978, 1988, and 1992, the CIAU Coach of the Year each season from 1982-1988, won the 3M Coaching Canada Award in 1990, and was inducted into the Order of Canada in 1977. The Order of Canada is the country’s second-highest honor for merit in Canada, and he earned it some 25 years before winding down his coaching career.

The University of Calgary won 9 national titles and 11 Canada West titles in men’s swimming during his 16 years there.

After retiring from his 36-year on deck career, he became the National Performance Director for the British swimming program and served as the country’s head coach at the 2000 Olympic Games.

“I’ve been blessed to have worked with him, he was my best Man, Mentor, help shape Canadian swimming but also helped create world people and great competitors. Thank you for your passion!”

Tom Ponting, who trained with Snelling for 12 years, coached with him for 3, and remained close with him personally in the 30 years since, says that three memories come to mind about his former mentor.

“In Fall 1981 he let me join the “Nationals” group even though I didn’t qualify for nationals,” Ponting said. “He believed in me, trained me like the others and in Summer 1982 I won Nationals for the first time.”

Ponting also once broke the World Record in the 100 fly in short course meters in 1989.

“Deryk had many friends in the coaching community and that allowed us (Calgary) to travel/train/compete all around the world,” Ponting continued. “It opened many doors. I met my fiancé on one of those trips. In 1992 his group produced Olympians from Sweden, Ireland, Britain, and gold medallist Mark Tewksbury.

“From the beginning Deryk talked about world records and Olympic gold, he had all our noses pointed in the same direction. We believed in his vision, and he was able to build three major powerhouse teams in Canada that way. Canadian Dolphins, Etobicoke Swimming and University of Calgary Swimming.”

Deryk left an outstanding legacy for so many reasons ….. he will be missed by many.
﻿

I remember being 12 and Deryk would occasionally come over give the squad some inspirational words.

A true coaching legend. Powerful and Captivating as a motivator.

So sad to hear. I swam for Deryk when he first came to British Columbia and became Head Coach of Canadian Dolphin Swim Club. He was a good friend of our entire family. Worked with my parents, Mies and Ted Schootman. My thoughts are with his entire family.