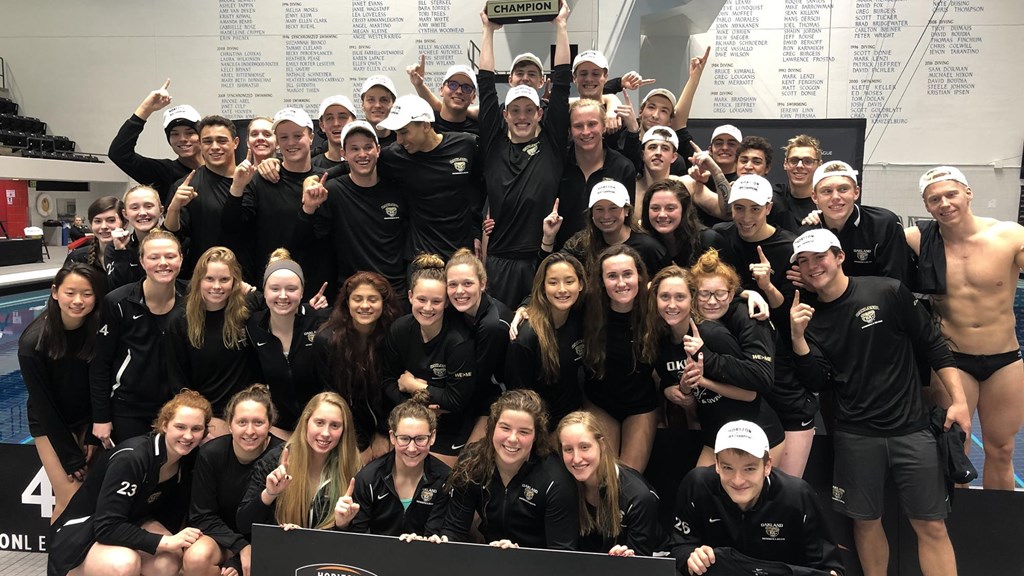 INDIANAPOLIS – Oakland earned six first place votes for both the men’s and women’s 2019-20 #HLSD preseason poll and was revealed to be the favorite on Wednesday. The poll was voted on by the Horizon League’s seven head swim coaches.

Oakland (42 points) is the defending champion on the women’s side and took the top spot in the 2019-20 preseason poll. This season, the Golden Grizzlies return Freshman of the Year, Susan LaGrand.

IUPUI (37 points) was last season’s championship runner-up and was voted second in this year’s poll. Cleveland State (31 points) received one first place vote and tied with Milwaukee (31 points) for third place in the poll. UIC (25 points) was voted the fifth team in the rankings. Rounding out the 2019-20 #HLSD Women’s Preseason Poll are Green Bay (14 points) and Youngstown State (9 points).

The 2020 Horizon League Men’s and Women’s Swimming and Diving Championship will take place February 19-22 and will be hosted by Oakland.