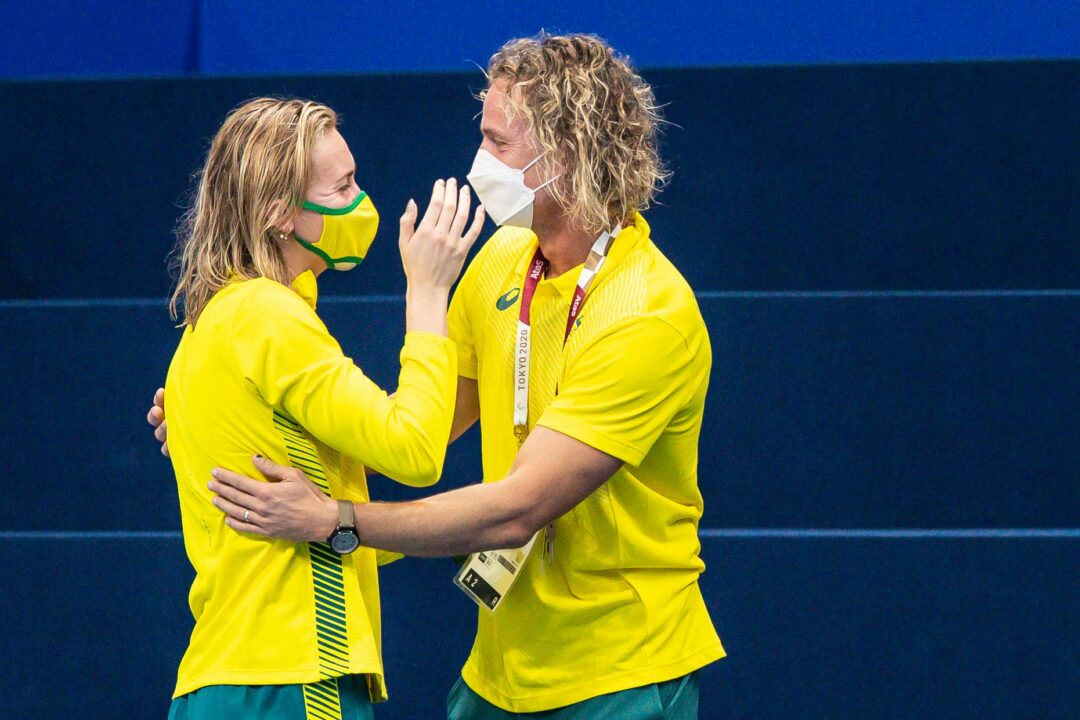 Australians Ariarne Titmus and her coach Dean Boxall describe the unique athlete/coach relationship which has led to their enormous success together. Archive photo via Jack Spitser/Spitser Photography

Although 21-year-old Ariarne Titmus of Australia will not be competing at this year’s World Championships in Budapest, the Olympic and world champion is indeed set to race at her nation’s Trials which begin on Wednesday morning (local time).

Titmus was the first woman to beat Ledecky in the 400m free in an international competition when the Dean Boxall-trained athlete did so at the 2019 World Championships in Budapest. She followed that up with golden swims in the 200m and 400m in Tokyo.

With the 2022 Commonwealth Games now on the horizon, Titmus and Boxall reflect on their whirlwind year in which Titmus became a household name and essentially became the ‘David’ who beat ‘Goliath’ in the mid-distance freestyle.

As to what makes the athlete/coach relationship click, Titmus told ABC recently, “I can’t really speak for anyone else but I believe that my relationship with Dean is probably the best athlete-coach bond you can have.

“I feel like we’re best mates outside of him being my coach as well, which is really good.

“Like you know when we’re at the pool, it’s coach/athlete, and then outside of that we are best friends, which I think works really well for us.”

“I trust him with my life, and I think that makes it easy for us to work together,” she said.

“He’s such a unique individual, there’s no one else like him out there, so I think that when we work really well together.

“I’m gonna have no other relationship like that with anyone else, so I’m really grateful to have met Dean and to work with him and have him by my side.”

45-year-old Boxall, who also coaches the likes of Elijah Winnington, was a little more pragmatic, responding, “Arnie might need to check some other sports. I think Rafael and Toni were pretty good. I mean, we’ve got a very good relationship.

But at the same time, Boxall recognizes the unique dynamic of the pair, stating,  “That [closeness] is why I can push her and she doesn’t take offense to any of that. But, you know, it’s something that’s been developed, it wasn’t just click the fingers.

“You have to have a lot of trust. That comes with a lot of responsibility as well.

Speaking on his overall coaching mentality, Boxall points to his unconventional approach, reiterating, “I don’t go and read textbooks, I read my athletes.

“I read the event. I read the competitors. And I’ll try and create something. I don’t do courses. I just read my guys and the sport that’s around. I don’t think that’s a secret.”

You can read ABC’s interview in full here.

Imagine a Shane Tusup/Dean Boxall coaching combo? That would be some mad energy

Surprised the railing didn’t get a shoutout!

Well I want them to be happy, but not too happy…for my sake.

I know Boxall’s different to other coaches but he really comes across as a fair dinkum bloke.

Great interview of a great friendship.