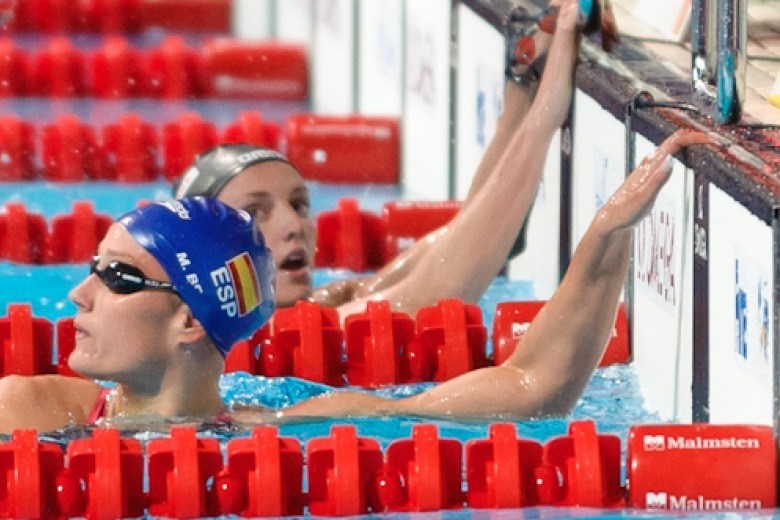 Mireia Belmonte, despite her bronchitis trouble this week, is on the start lists for the 200 IM prelims this morning in Windsor. Current photo via Victor Puig

Despite her trouble with illness this week, Mireia Belmonte is still on the start lists for the women’s 200 IM today. That doesn’t necessarily mean she will swim it, as she “no showed” the 400 free prelims yesterday morning.

Belmonte had a poor showing in the 400 IM final, failed to make the 200 fly final, and was a no-show for the 800 free and the 400 free. Later, it was revealed that she had been sick with bronchitis, which hindered her breathing capabilities and put a dent in her aerobic capacity. Her coach, Fred Vergnoux, said that they’d wait and see if she was healthy enough to race her remaining events.

Sixth seed Silvia Di Pietro of Italy is missing from the women’s 100 fly start lists, after coming into the meet with 56.63, a second outside of Kelsi Worrell’s top qualifying 55.42.

Junior world record holder Brandonn Almeida of Brazil has scratched the men’s 1500m freestyle, presumably to focus on his signature event, the 400 IM.