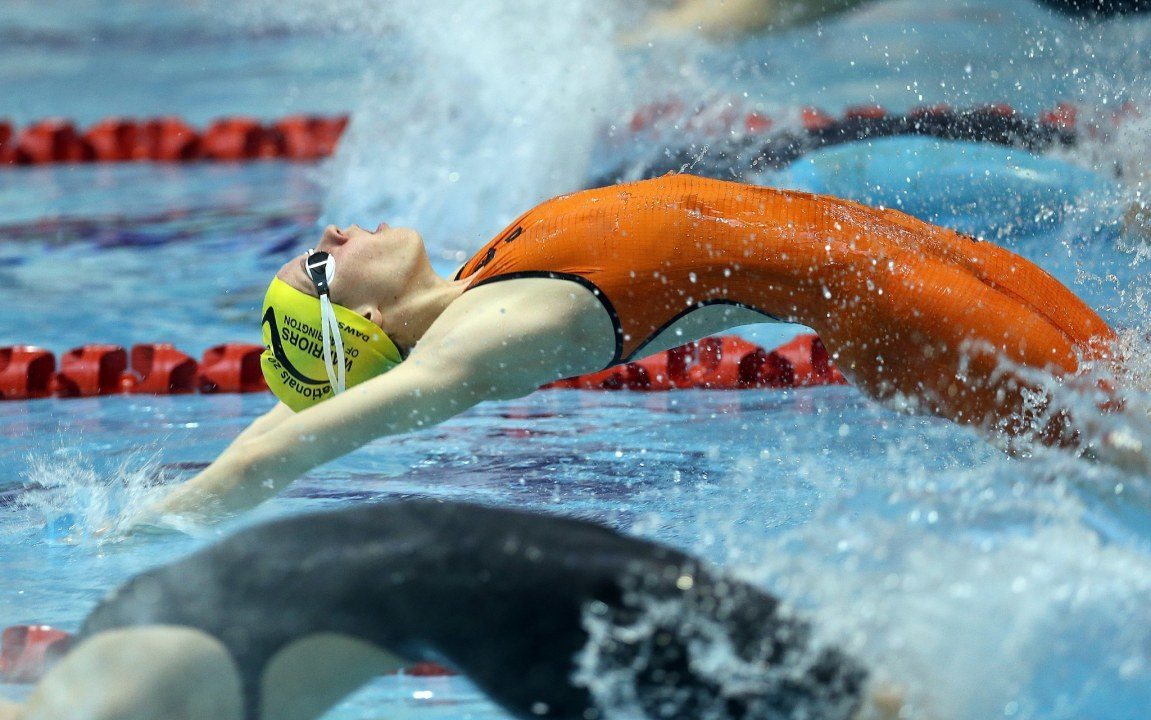 The 4-day Scottish National Open Swimming Championships kicked off today in Aberdeen, with new faces and veterans alike taking to the Sports Village pool. A few top-notch athletes such as Olympians Duncan Scott and Hannah Miley are in attendance, however, they are either swimming off-events, or using this as a training meet with the World Championships are now less than just 20 days away.

Scott raced his way to the top of the podium in the 200m butterfly event, clocking a time of 1:59.75. That result is on par with pervious performances for the 100m freesytle Olympic finalist, whose best time in the event is the 1:57.50 notched at the British Championships earlier this year.

Miley found herself in 5th place in the women’s 200m freestyle, where she touched in 2:02.81. That was just under 4 seconds off leader Kathryn Greenslade of Edinburgh who scored the win in 1:58.27. Lucy Hope of Edinburgh was also sub-2 minutes with her silver medal-garnering time of 1:58.85.

The crowd was treated to two Scottish national records on the day, both obtained in women’s sprint events. First, Kathleen Dawson from the University of Stirling lowered her own NR in the 50m backstroke, collecting a new mark of 28.11. That surpassed the 28.20 Dawson earned last year. She continues to own all of the Scottish national records across the 50m/100m/200m events over both short course and long course.

Tain Bruce was the other record-setting winner of the night, taking the 100m butterfly sprint in 59.59. That overtook the previous Scottish national record of 59.71 held by Louise Pate since way back in 2009. Tonight marks the 4th time Edinburgh athlete has cracked the minute barrier in the race.

that is one slow record. they have some fast swimmers and strong history. but not in women fly.