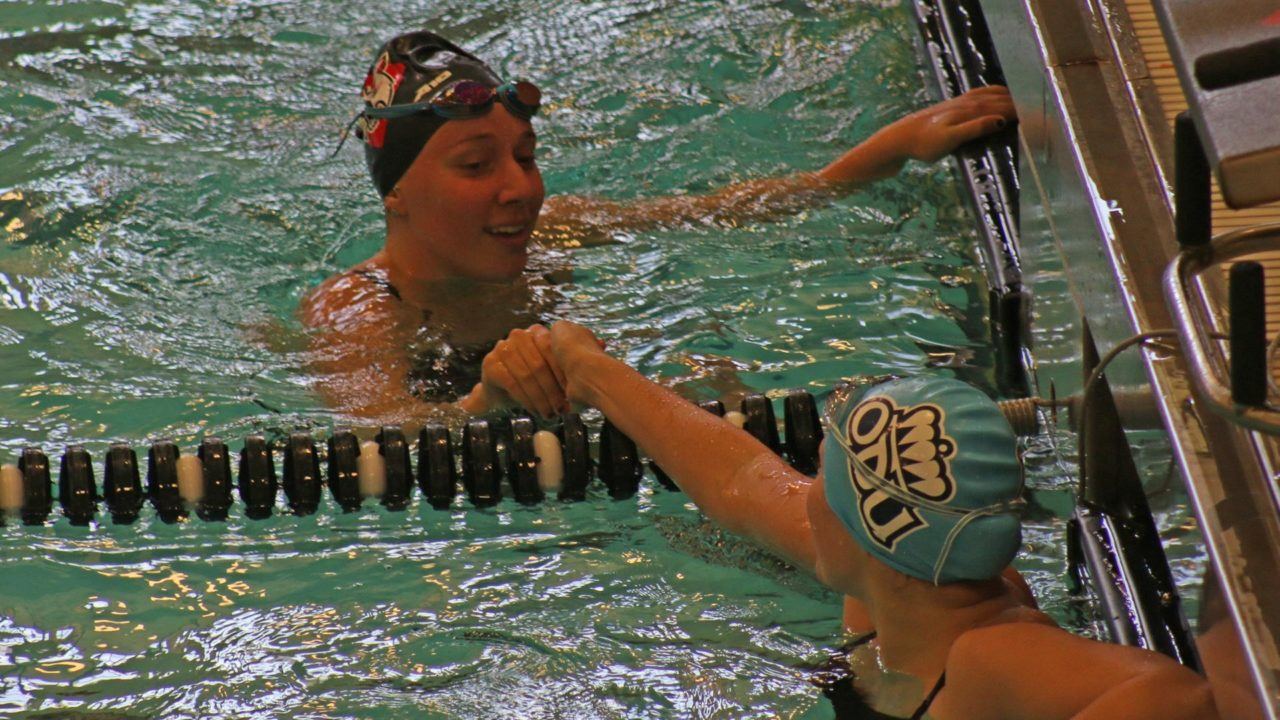 The Davidson women's swimming team won eight of 14 events, while Crossan Cooper swam to first in two events for the men as both teams bested Old Dominion on Saturday. Current photo via Davidson Athletics

The victory comes a week after the Wildcats defeated UNC-Asheville and VMI at home.

“For the second week in a row, the women really embraced the competitive opportunity at hand and stepped up for each other,” said Davidson coach John Young.

The team win was just part of a big day for the Wildcats in the pool. The Davidson men beat Old Dominion, too.

“Overall, the efforts were outstanding, and the racing was fun,” said Young. “A good day for the Wildcats.

Davidson junior Crossan Cooper swam to first in two events, including what was essentially the clincher in the 200-yard individual medley, as the Wildcat men defeated Old Dominion 139.5-122.5 at Cannon Pool Saturday afternoon.

Cooper’s 1:55.54 in the 200 IM secured the Wildcats’ third victory in what coach John Young saw as five toss-up events.

“It was still an open result until Crossan grabbed the last of those events, giving the men three of five, with a thrilling 200 IM victory in the last individual event,” said Young.

The men’s win was part of a sweep for the Wildcats, as the women defeated Old Dominion as well.

“The team was great today,” said Young. “Knowing that both teams matched up well with ODU, I was impressed with the way the Wildcats asserted themselves early and refused to relinquish momentum.”

Up Next
Davidson returns to action at the Bucknell Invitational Nov. 16-18 in Lewisburg, Pa.

The men’s squad earned their first win of the day in the 4×50 medley relay, as the team of Hugo Eriksson, Nick Wukovts, Connor Davis and Noah Wilkins won with a time of 1:33.99.

Jacqueline Tinneny continued her winning ways with a win in the 200 freestyle in 1:55.90.

Wukovits earned a win for the Monarchs in the 200 butterfly with a time of 1:54.74, topping teammate Gus Maxwell who finished second in 1:55.37.