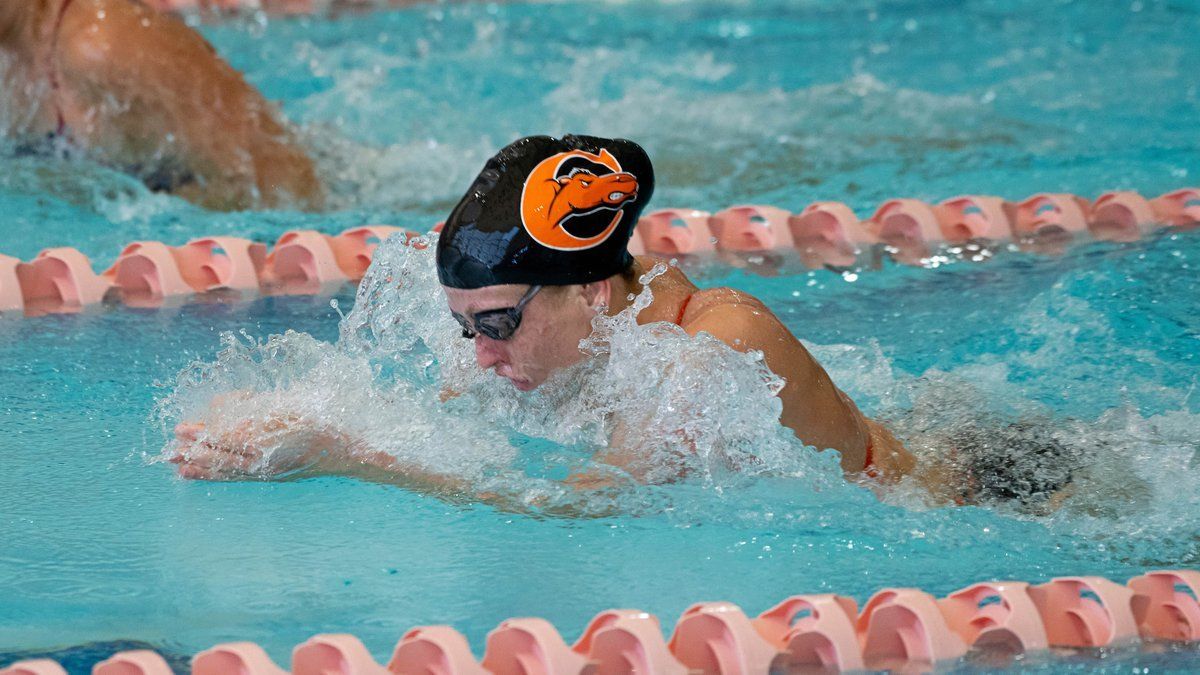 Campbell University swimming continued its strong start the 2018-19 season, topping East Carolina and Lenoir-Rhyne in a tri-meet inside the Join both the men's and women's action. Current photo via Campbell Athletics

CU moves to 5-2 on the season with the pair of victories. ECU also defeated Lenoir-Rhyne, 173-85.

For the sixth consecutive meet, Sanchez finished first in the 200 free, this time with a personal best time of 1:52.35. ECU’s Catherine Johnson won the 100 free, but Sanchez, Wilson, Cerniauskaite and Kendall finished two through five to earn Campbell valuable points.

Maddie Baiotto picked up CU’s final individual win in the 100 fly, posting a mark of 56.43 seconds.

Campbell will begin preparing for the Liberty Invitational, which lasts from Nov. 16-18 in Lynchburg, Va.

The ECU women’s swimming and diving team earned a split in its tri-meet with Lenoir-Rhyne and host Campbell, defeating LRC 173-85 and losing to the Camels 140-121 as the Pirates improved to 3-2 overall. Junior Lily West earned a trio of first-place finishes and junior Catherine Johnson swept the spring freestyle events.

“We had the opportunity to mix up our line up and swim some different events on the men’s side today and the guys posted some good times,” Pirate head coach Matthew Jabs said. “Hats off to Campbell. Those girls were excited and ready to race. We struggled in both aspects today. We got better as the meet went on, but it was too little too late.”

ECU freshman Marianna Vignoli captured first-place in the 1000 freestyle (10:28.33) by more than 19 second ahead of second-place finished Megan Shoemaker of Campbell and nearly nine seconds better than Sanchez to win the 500 freestyle (5:04.36).

While the swimming teams were competing in Buies Creek, the ECU diving teams were hosting Duke and Richmond at Minges Natatorium.

“We will now turn our focus to the Georgia Tech Invitational,” Jabs said. “This will be one of the fastest meets in the country. Our approach will transition more towards our individual performances, with less focus on team standings. Excited to see how our athletes stack up against some of the nation’s best.”

Buies Creek, N.C. – The Lenoir-Rhyne University’s Women’s Swimming Team fell to both ECU –173–85– and Campbell –219–39– Saturday afternoon at the Johnson Aquatic Center. In the other contest, Campbell beat ECU 140–121.

The Lenoir-Rhyne University Men’s Swimming Team lost to ECU – 154–97  – in their dual meet Saturday afternoon at the Johnson Aquatic Center.

Lenoir-Rhyne Men’s Swimming is back in action in the Fall Frenzy taking place Friday, November 16th through Sunday, November 18th, in Charlotte, N.C., at the Mecklenburg County Aquatic Center.